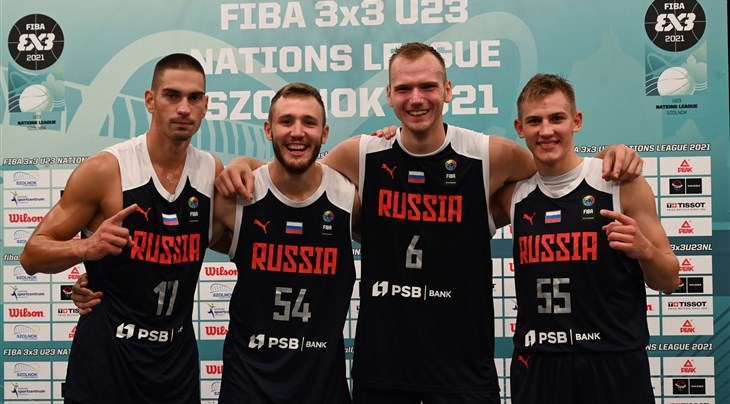 SZOLNOK (Hungary) - Just one month ago we were marveling at the play of both Poland (women) and Russia (men) at the FIBA 3x3 U23 Nations League, Europe 1 conference.

After completing Stops 4-6 in Szolnok, Hungary this week, the two countries continue to sit atop the rankings, earning themselves a spot in the FIBA 3x3 U23 Nations League final, which will take place in Bucharest, Romania on September 18-19, 2021.

After slashing through the competition over the first three stops, the Russian men were again dominant. At Stop 4, Poland were finally able to take down the undefeated Russian team 21-14 in the final. At Stop 5, Russia returned the favor, going unbeaten and defeating Poland 21-17 for another title. Stop 6 added some parity to the pool stage, with Slovakia advancing over Russia in Pool A and then eventually to the winner’s circle, defeating Poland in the final, 21-16. In the end, it was too much Russia over all six stops.

The Polish women were once again sensational through the final three stops, finishing 3rd, 1st, and 2nd. But, the big winner of the second grouping of stops was Austria. They defeated Poland, 21-13 in the final after defeating them in the pool stage as well. At Stop 5, Poland beat Germany 20-19 in the final in what was their toughest win all competition. Stop 6 was all Austria again, beating Poland 20-18 in the final.

While Poland and Russia will both qualify for Bucharest, Austria (women) and Poland (men) still have a chance to qualify as there are still two spots for the best teams in the tour standings (not yet qualified and combining all conferences).