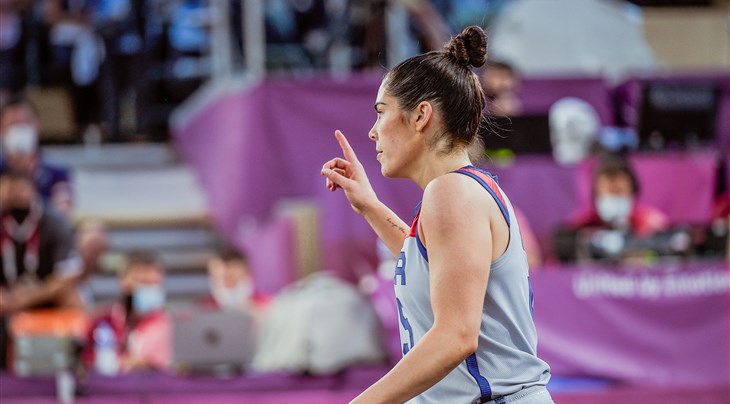 Plum scored 12 points as the USA maintained their perfect record in Tokyo having rolled through day one with victories over No.1 seed France and Mongolia to underline why this WNBA-studded team is favored to go all the way.

Romania's campaign is in tatters after four defeats and - along with Mongolia - they are the only winless team in the women's draw.

😨 @Kelseyplum10 SHOWS OUT, outscoring Romania on her own with 12 points to lead @usab3x3 to another victory at #Tokyo2020 #3x3 pic.twitter.com/pulxN0U4gU

Romania star Sonia Ursu has struggled so far in the Olympics but started well with a couple of aggressive moves in a confidence boost. But Romania couldn't pull away because Plum matched Ursu shot for shot in a fast and furious start.

The question was whether Romania could continue to stay within reach of a USA team that can heat up quickly. They tried hard but the answer was a resounding no as USA put the foot down.

USA's embarrassment of riches was underlined with Allisha Gray - a day one star - barely required and she finished with just 2 points.

Plum, the emotional leader of USA, had been overshadowed by teammates Gray and Stefanie Dolson on day one but the Las Vegas Aces star took over against Romania.

The 26-year-old was in attack mode from the get go and unstoppable when she attacked the rim. Plum was a perfect 7-of-7 from inside the arc and also nailed a couple of two-pieces.