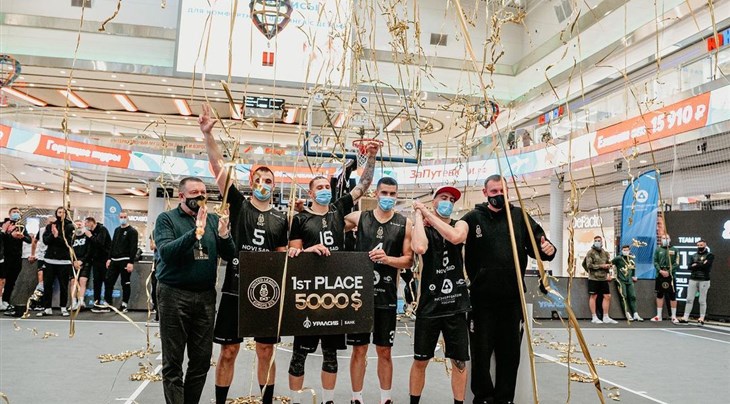 ST PETERSBURG (Russia) - There are few tournaments that Dusan Bulut and Novi Sad were missing from their trophy case… until today. Following two consecutive finals defeats to Amsterdam, Novi Sad prevailed and made it back to the top of the mountain, getting their first United League Europe 3x3 win at Stop 3.

“It’s epic. We are back in championship ways. That’s the place we want to be,” said Bulut following the win.

In the final, besides for just a few seconds, Novi Sad led end-to-end. They jumped out to a quick 5-0 lead behind the stellar play of Bulut, Marko Milakovic, Marko Dugosija, Dejan Janjic and kept up the defensive intensity and clutch play throughout. Team NL had a chance to tie or take the lead with 10 seconds to go, but bricked two free throws. Novi Sad put on the pressure and came away with the victory.

It was the win that was always coming. Novi Sad finished with 5 wins in 5 games over the two days, with Bulut winning MVP honors for the stop. It was a classic performance from the GOAT, with a new cast of characters helping him lift the big check.

Team NL, aka Amsterdam, was once again dominant, getting to their third straight final and making it clear they are going to be one of the top teams all season long.

Riga, the regular season champions and leaders heading into the final, finished third after being held to a tournament-low 13 points against Novi Sad in the semifinal. But it wasn’t all bad news for Riga, as Karlis Lasmanis was named ULE 3x3 regular-season MVP, leading the field in scoring. Play of the Day

The man has eyes in the back of his head!

After three stops in the regular season, Stop-4, the final, will take place at the music and drama theater "BUFF" on April 26.

The winners of the United League Europe 3x3 will qualify for the FIBA 3x3 World Tour. The team that takes second place in the finals has an opportunity to participate in FIBA 3x3 Challenger. The Masters to which it will qualify will be announced at a later stage.