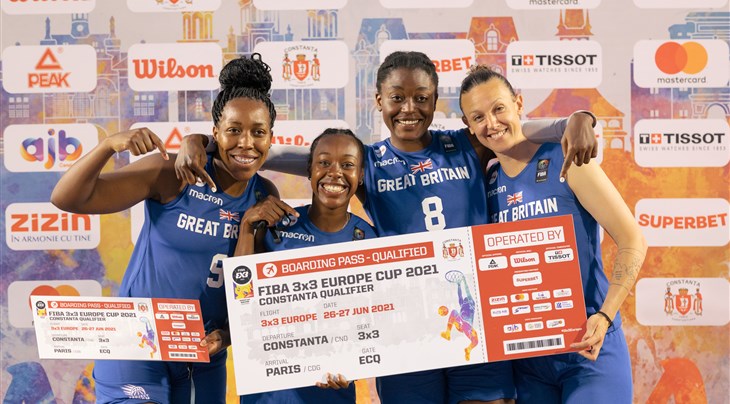 PARIS (France) – A total of 24 teams from 17 different countries have earned their ticket to the Eiffel Tower, in front of which the FIBA 3x3 Europe Cup 2021 will take place on September 10-12.

And we have one first-time participant. Led by former Olympians Tèmi Fágbénlé and Chantelle Hardy, Great Britain’s women went undefeated in the Romania Qualifier (beating the 2016 winners Hungary in the process) and look like serious medal-contenders across The Channel in 3 months.

A total of 8 teams had already stamped their ticket as hosts (France), reigning champs (Serbia’s men and – ok – France’s women technically) and based on the FIBA 3x3 Federation ranking (Russia and Slovenia with the men, Russia, the Netherlands and Romania with the women).

The others had to earn their tickets the hard way in two qualifiers, both on the beach (in Tel Aviv, Israel and Constanta, Romania), which created some issues.

In Israel, the hosts qualified in both categories, as did Belgium. Germany and Spain qualified with the women, while Austria and Poland did it with the men.

In Romania, Ukraine and Lithuania also got both teams in (first time for Lithuania’s women since the first edition in 2014). Great Britain and Hungary’s women, together with Estonia and the Netherlands’ men will join them in Paris.

Qualifiers Top 5 Scorers (per game, from teams which qualified):
Men