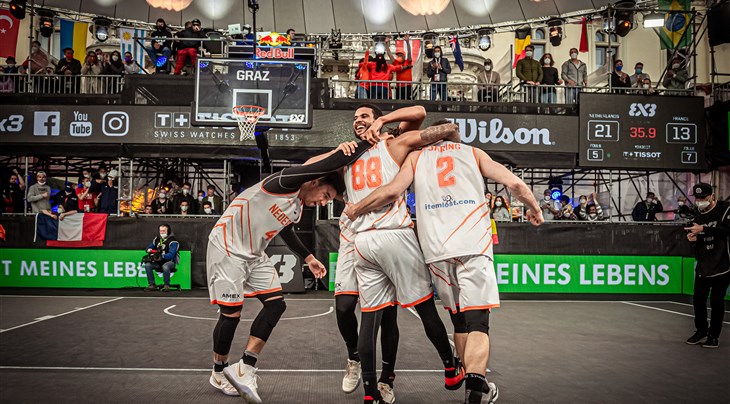 GRAZ (Austria) - The Netherlands will make their debut in basketball at the Olympics after securing their ticket to Tokyo at the FIBA 3x3 Olympic Qualifying Tournament in Graz, Austria on May 30, 2021.

The Orange Lions, who were almost eliminated after losing their first two pool games in Austria went on to win their next four games.

After knocking out the reigning World Champs USA in the quarter-finals, they finished the job by downing France in the Olympic Ticket game to secure their first-ever Olympic participation in both 3x3 and basketball.