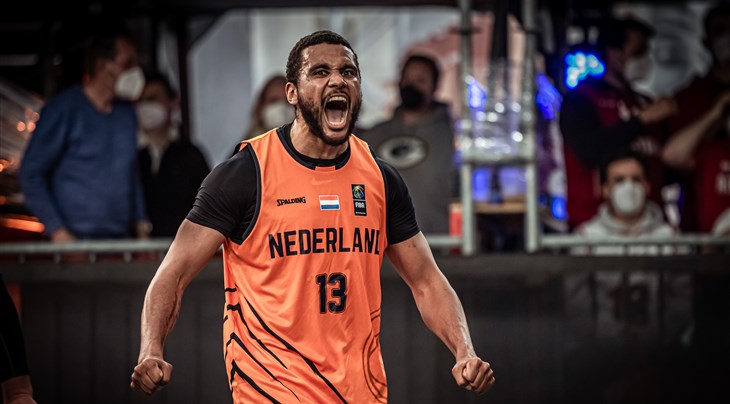 GRAZ (Austria) - The Netherlands' men defeated reigning 3x3 world champions USA (21-16) and ended their Olympic dream in the quarter-finals of the FIBA 3x3 Olympic Qualifying Tournament in Graz on May 30, 2021.

Just two years after the U.S. stopped the Netherlands at home in Amsterdam in the pool stage of the FIBA 3x3 World Cup 2019, the Orange Lions took their revenge.

The Netherlands will play France in an "Olympic Ticket" game and get another chance to make it to Tokyo even in case of defeat against the loser of the semi-final between Latvia and Poland.

Joey King scored a game-high 8 points in the losing effort.