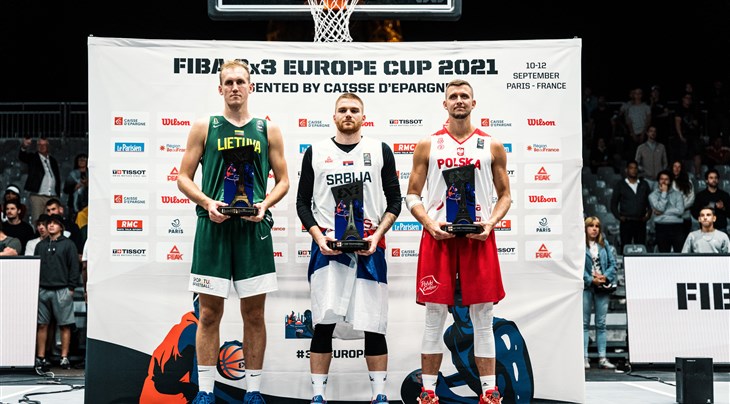 He had a game-high 8 points in the final, led his team in player value and all players in key assists.

Pasajlic was joined on the team of the tournament by the top scorer of the competition, Przemyslaw Zamojski, who led Poland to the bronze medal and averaged 46 points, including the Tissot buzzer-beater to win the bronze-medal game. The tournament top rebounder and silver medalist Aurelijus Pukelis, from Lithuania, completed the Team of the Tournament.