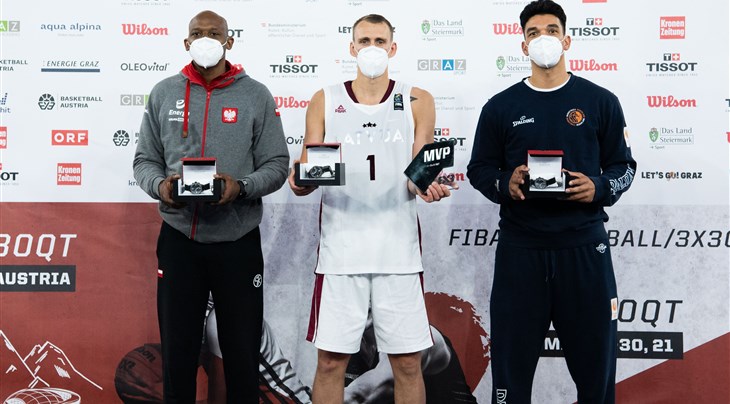 GRAZ (Austria) - Nauris Miezis (LAT) was named MVP of the FIBA 3x3 Olympic Qualifying Tournament after leading Latvia to the Tokyo Olympics in Graz, Austria, on May 26-30.

The number one 3x3 player scored the game-winner against France, which propelled Latvia to Tokyo. He also led all players in key assists per game.

He was joined on the team of the tournament by Poland's Michael Hicks and Dutch star Arvin Slagter, who also qualified to Tokyo.