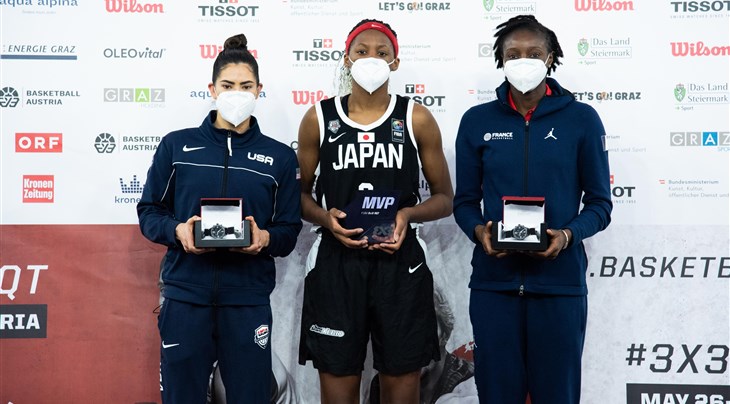 The 22-year-old sealed Japan's ticket to the Olympics with a Tissot buzzer beater in overtime against Spain. She finished 5th in scoring with 45 points.

She was joined on the team of the tournament by USA's star Kelsey Plum, who led the United States to a 6-0 run and an Olympic spot. The number 2 player in the world Migna Touré completed the team after finishing 3rd in scoring and guiding France to Tokyo.