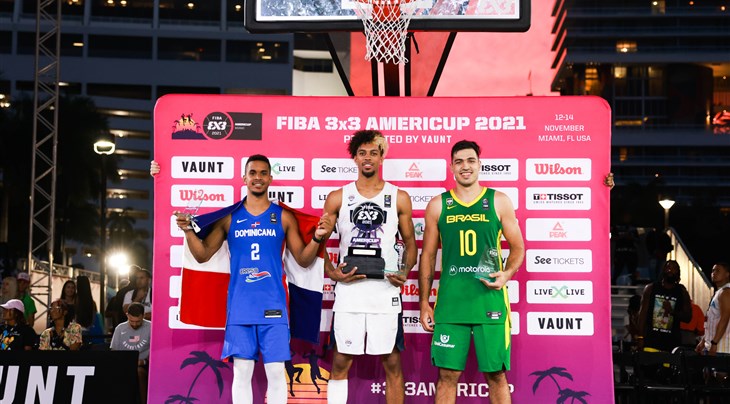 The 24-year-old led the United States to the gold medal and co-led all scorers with 41 points (tied with Puerto Rico's TJ Fernandez), countless dunks and contributed 5 points in the final against Brazil.

The 6ft. 6in. (1.98m) star was joined on the team of the tournament by Brazil's André Ferros, who scored 39 points in an impressive silver medal run for the Brazilians and Diego Moquete, from the Dominican Republic, who buried 40 points and led his team to bronze.