Love and Basketball: Giorgio Di Bonaventura on loving 3x3 and looking for love on TV 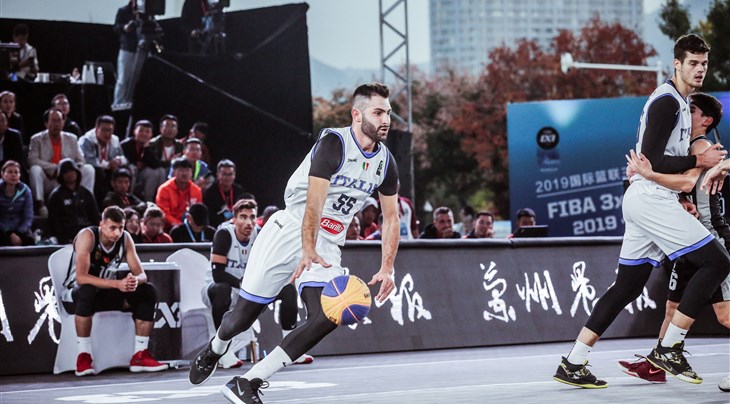 GIULIANOVA (Italy) - We used to say you'd recognize Giorgio Di Bonaventura based on his big-time performance at the FIBA 3x3 U23 World Cup 2019 with Italy. Nowadays, the 23-year-old is getting recognized for a whole other reason; new fame from appearing on one of Italy’s most popular shows.

"The show is the most popular show in Italy, called 'Uomini e Donne' or 'Men and Women' and they called me early in the year to go to Rome for the show."

Di Bonaventura, who plays in the third (basketball) league in Italy, put into his new contract that he would both film the show and participate in team activities.

"The opportunity was so big that I said, I’ll do both. I practiced and played when I could but when they called me to Rome to do this (show) I would go. No basketball player had ever done this before, so I was the first one and there were haters out there. But I don’t care what people said. I did my thing, and all went well, and I went to the final."

He wasn’t chosen in the end by model Sophie Codegoni, the woman whose heart he was trying to win. But his appearance on the show changed his life, bringing a newfound celebrity off the court.

"A lot of people in Italy who watched the TV show started to follow me, telling me I did well on the show. Now I’m working with a lot of brands. Other TV shows have called me to come this summer or next year. Now I’m waiting to see what happens."

The show also brought many new followers to his social media accounts.

'I grew my Instagram following from 2,500 to 84,200. I made all of them from TV because it’s the most followed TV show in Italy. If I go on the road, now people recognize me."

"Playing for your country is something you’ll always remember. It’s something I’m really grateful for and it’s the best thing I’ve ever done in my basketball career, 3x3 or basketball."

While he faces basketball uncertainty in the coming months, as he waits for the pandemic to get under control in Italy, Di Bonaventura knows that 3x3 is the right format for him. Going forward, he is looking to get together with some of his former teammates and friends to take the next step in their 3x3 careers, playing together with the goal of winning at the highest levels.

"My dream is to find a team or make a team that can play together in World Cups and other big tournaments with friends from the national team. I want to play against the best teams and players in the world."