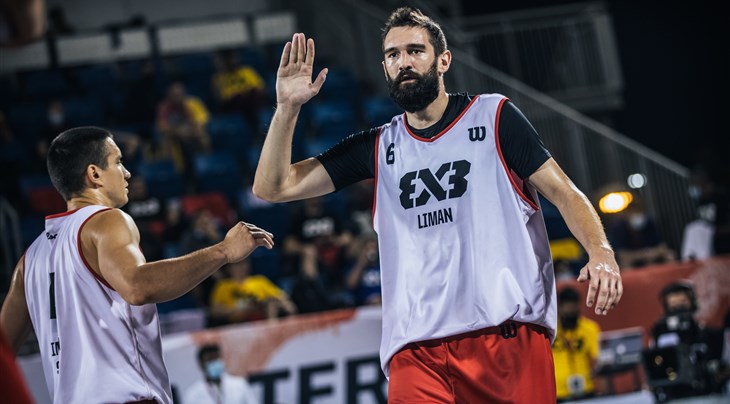 LIPIK (Croatia) - The wait is over. For the first time since October 2019, the 3x3 Challengers are back, beginning action in Lipik, Croatia, May 21-22.

Lipik has been a home away from home for 3x3, hosting a Challenger each year since 2016. At 2019's event, Vrbas (now Ub) were crowned champions. While they won't be in this year's tournament, their Serbian compatriots are primed to continue the country's winning ways. Novi Sad, to no surprise, has been dominant at the event, winning in both 2016 and 2017. It was a different team, but ‘Mr. Bulutproof’ is back again this year as the number three seed, behind Liman and NY Harlem.

Liman, NY Harlem, and Novi Sad are the top dogs coming in. We won’t be seeing Stefan Stojacic for Liman, but Stefan Kojic and Mihailo Vasic are plenty to handle just on their own. Despite coming up just short in the World Tour Final 2020, they have renewed confidence and focus heading into a big year.

NY Harlem welcomes back sharpshooter Kidani Brutus who returns after a long injury. They will need to rely on him and Marcel Esonwune to carry the team while Disco Domo and Joey King are out.

Novi Sad loves playing at Lipik, winners of two titles in the Croatian city. For all the talk of Bulut slowing down and the breakup of the team, Novi Sad has been cruising. After coming in second at the Doha Masters, they went on to win the United League Europe 3x3, with Bulut taking MVP. It looks like the old Novi Sad is back for good.

3x3 is a global game, and we have the teams to prove it. Lipik will feature two Mongolian squads while welcoming back Team San Juan from Puerto Rico and Team Aomi from Japan (Manila Chooks TM had to cancel their participation due to visa issues). You know Edmonton is going to be a tough matchup against any team. It’s a welcome back party and everyone’s invited!

Six teams made the Challenger through an automatic allocation from the FIBA 3x3 team rankings, while Korolev (RUS) was given their spot by winning the Russian U23 Championships.

Ulaanbaatar MMC Energy (MGL) and Jelgava (LAT) are both dark horses with more than enough talent to give the top teams a run for their money. The top 2 teams in Lipik will qualify for a FIBA 3x3 World Tour Masters, to be announced at a later stage.