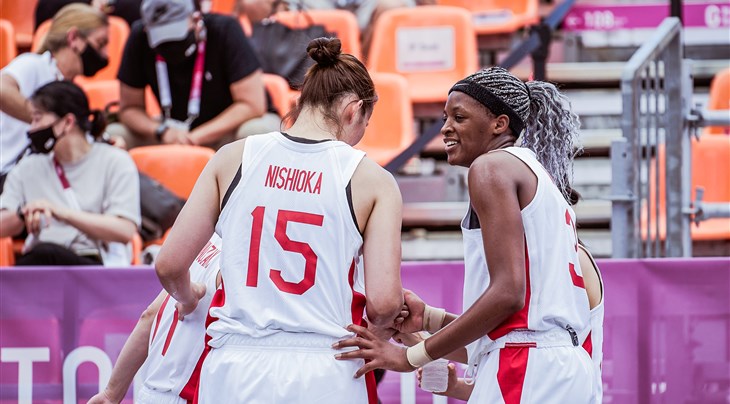 Japan recovered from a slow start and continued their revival after losing 3x3's Olympic debut on day one against Russian Olympic Committee.

What a win for the hosts, 🇯🇵@JBA3x3Official, as they secure another comeback victory - this time against the number one seeds 🇫🇷@3x3Ffbb!#Tokyo2020 #3x3 pic.twitter.com/HuO0REKMoT

France haven't clicked into gear so far in Tokyo but Marie-Eve Paget was arguably their best player on day one and she gave another reminder of her skills with a pair of brilliant dimes early.

She then nailed a two to give France a handy 8-4 lead near the halfway point.

France then went on a cold streak as Japan made their move led by the determination of Mai Yamamoto, who dominated the boards despite her lack of size.

A massive two with the shot clock dwindling down from Stephanie Mawuli was spectacular and Yamamoto did something similar from the corner as Japan gained control.

21-year-old Yamamoto had Ana Maria Filip on an island and her fancy dribbling shook off the towering Frenchwomen as she found room to step back and hit a tough jumper.

A huge offensive rebound and put back from Mio Shinozaki off a missed Mawuli free throw proved the last score of the game as France looked out of sync in the dying stages.