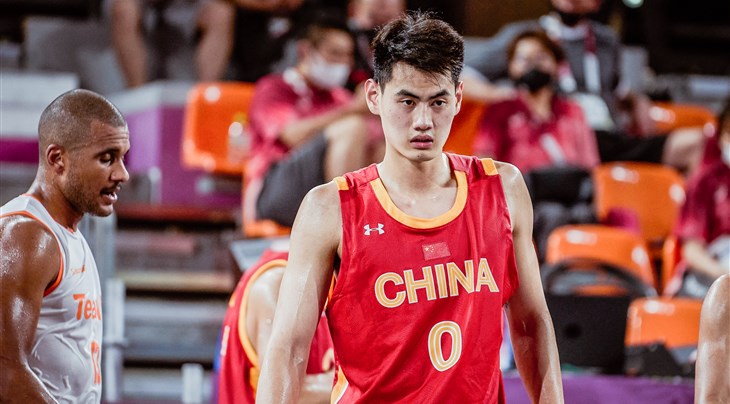 TOKYO (Japan) - With teams fighting for positioning and some clinging onto their Olympic dream, the halfway point of the 3x3 tournament was intense and filled with titanic battles as the intensity rose in Tokyo.

In the men's, No.1 seed Serbia locked up a semi-final berth after stretching their winning streak to six with victories over host Japan and arch-rival Latvia. But all the other teams have a shot at making the knockout phase to underline the evenness of the competition beneath Serbia. In the women's, unbeaten USA booked a berth in the semis but the race remains open for other spots highlighted by No.1 seed France's revival after a perfect day three to improve to 3-3.

Mongolia, everyone's favorite underdog, almost produced a historic upset against France but fell short and remain winless to be knocked out of the race.

The 'Maestro' has returned to his best in Tokyo with his sweet shooting from the perimeter adding another dimension to unstoppable Serbia.

But the 2m (6ft 7in) Majstorovic isn't merely benefiting from Dusan Bulut's insane playmaking as he proved in a showstopping performance against Latvia in a day three blockbuster.

He grabbed the game by the neck with consecutive twos to ensure Serbia remained unbeaten.

If he stays hot then Serbia look almost unbeatable.

The Las Vegas Aces star shrugged off a rare cold shooting performance against Italy with something we're more used to - total domination.

In a high-quality contest against China, Plum was back to showing off her fancy handles and clutch shooting.

She took over during a tense finale and snuffed out China's bold attempt at an upset with a two-piece to clinch USA's spot in the semi-finals.

From Torn Achilles to Tokyo @Olympics.

China came into day three in last place and in a major hole but instead of just fading away they've revived their Olympic dream after gutsy wins over tough opponents Belgium and Poland.

They firstly overcame Belgium in a 21-20 thriller with new 3x3 superstar Jinqui Hu once again dominating with 9 points and 9 rebounds in the aftermath of his staggering 17-point explosion against Netherlands late on day two.

The 23-year-old was once again brilliant against Poland with 12 points and 10 rebounds but it was Peng Yan who proved the hero with a two-piece to give China a 21-19 victory.

Hu has been the breakout player of the tournament and - with better support from his teammates - China are peaking at the right time.

A fantastic Day Three for 🇨🇳China at #Tokyo2020 #3x3 as they come from behind to beat 🇵🇱@PZKosz and win their second game of the day!

Jinqiu Hu showed out AGAIN with 12 points and 10 rebounds for China. pic.twitter.com/AcVExjRvJ0

After two relatively stress free days, USA were made to work against Italy and China who weren't afraid of these WNBA stars.

But USA would have been pleased to get through these battles ahead of the knockout stage.

They managed to get past a gritty Italy team even though they remarkably didn't hit a two as the towering Stefanie Dolson took over in the paint.

And it was Plum who stole the show against China as USA continues to have one star dominate each game.

It's proving hard to keep them all quiet.

Thibaut Vervoot is doing his best to cool down Tokyo as the sharpshooter continued to prove he has ice in his veins.

Previously against powerhouse Latvia he called game with a two and he repeated the feat on day three with an epic winner in overtime as Belgium downed neighbourly foe Netherlands.

Without Vervoot's heroics, Belgium would be in trouble but at 3-3 they should be able to progress to the knockout stage. We enter the business end of the tournament with the final pool games. And after that, the knockout stage begins with the quarterfinals in both men's and women's.

You don't want to miss a minute.