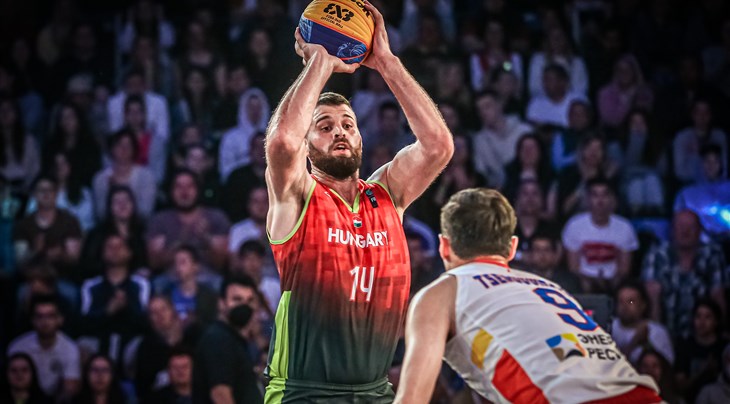 In front of a huge (vaccinated) crowd, Hungary went 2-0 and qualified as first in Men's Pool B after defeating Romania (21-16) and then Mongolia before the time limit (21-8), which means the hosts are just 2 wins away from a trip to Tokyo (with both men and women).

2018 world champs Italy were perfect like a Michelangelo sculpture today in Debrecen as they topped Pool A. They first defeated Chinese Taipei ( 21-11) with 6 points apiece from their trio of stars Rae Lin D'Alie, Chiara Consolini, and Giulia Rulli. They went on to beat Iran (21-5). Their last remaining player led all scorers in this game with 7 points.

FIBA 3x3 World Tour Final 2019 MVP Tamas Ivosev was unstoppable against Romania in their first win in the tournament as he scored 12 points and grabbed 6 rebounds.

Men
Hungary and Belgium men advanced directly to the semi-finals as winners of their pools.
Belgium will play the winner of Ukraine vs Mongolia and Hungary will play either Slovenia or Romania.

Women
Italy will play the winner of Netherlands vs Iran. Chinese Taipei or Estonia will face hosts Hungary

The winners of the semi-finals will play for the last ticket to the Tokyo Olympics.