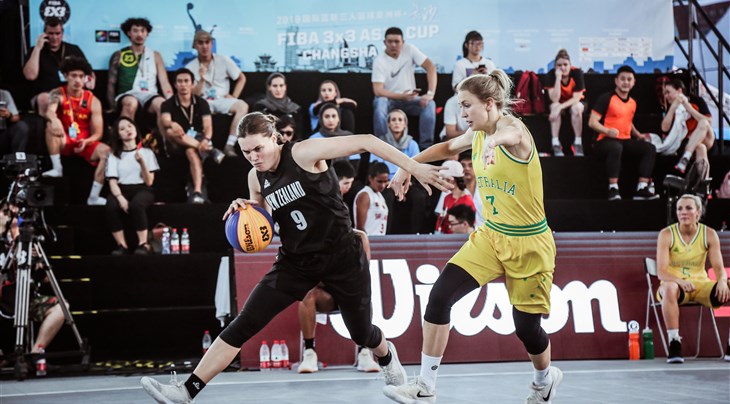 GOLD COAST (Australia) - New Zealand has been a pioneer in 3x3. After all, their U18 men's national team won the first-ever FIBA 3x3 official competition organized by FIBA - the FIBA 3x3 U18 World Cup 2011 - in Rimini, Italy.

The country continued its history of excellence by topping all countries and territories in Oceania in the FIBA 3x3 Federation ranking in all categories at the end of the 2022 eligibility calendar on November 1, 2021.

Basketball New Zealand Chief Executive Officer, Dillon Boucher shared that the performance in the rankings is correlated with their strategy as a Federation and committed to pursuing more avenues for the discipline to keep growing in the country.

"Basketball New Zealand are excited and proud to have topped the rankings in Oceania this year. 3x3 is a part of our overall strategy and is an area we are actively growing and the athletes in New Zealand are loving and embracing the game. We are working hard to build more outdoor courts which will look to increase participation and tournaments across the regions." Boucher shared in a statement.

The High-Performance team has done a great job to ensure our rankings stay as high as possible each year and we will continue to build on this in 2022," he added.

BBNZ General Manager of Events David Huxford highlighted partnerships with the private sector including partnerships abroad as a tool to expand their 3x3 reach.

"We take an approach to 3x3 that aligns with FIBA’s strategy of more places providing an opportunity to play means more people playing and more points earned. Some recent examples of this are our partnership with Xross Sports Marketing in Japan, which runs the 3x3.EXE league, the world’s first and largest professional league, and the Chooks-to-Go Super Quest in Manila, Philippines," he shared.

"3x3 in New Zealand is not exclusively about High Performance or Commercial events or grassroots, it's about all of them working together to provide a pathway and engage with the players and fans," he added.

The Oceania Zone tallied 444 officially 3x3 recognized events in the competition cycle that saw the eligibility of 17 countries for international competitions.

The requirements stipulate that National Federations should have at least 3 official events registered in the 3x3 platform and a valid 3x3 e-learning certification.

"We appreciate the effort of our National Federations in the Zone for continuing their dedication and determination to promote 3x3 in the region. Despite the challenges of the still ongoing pandemic, they have persevered and organized events for this cycle. We hope they can carry this positive momentum into this new cycle," stated FIBA Oceania Executive Director David Crocker.