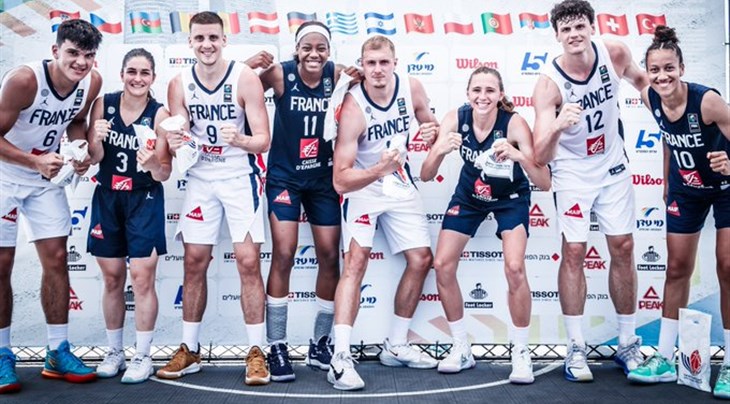 Over three stops, both the French men’s and women’s U23 teams won two out of three stops in the first action of the Europe-America conference.

Here are the standings after Stop 3:

On the women’s side at Stop 1, France defeated Spain in the final, 11-5 after going perfect in Pool B. They once again made it to the winner’s circle at Stop 2, defeating The Netherlands in a tight contest, 11-9. The Dutch were able to get their revenge at Stop 3, winning Pool A and facing off against France once again in the final. This time, they would come out on top, winning 11-7. The Netherlands featured two players (in Ilse Kuijt and Noortje Driessen) who represented their country at the recent FIBA 3x3 Olympic Qualifying Tournament in Graz, Austria.

The men’s field was also dominated by France early on, with a convincing finals win over The Netherlands, 18-12. Israel rose to the occasion in Stop 2, defeating France in Pool B with a Buzzer-Beater to earn a spot in the final. The underdog side then went on to defeat the Netherlands, which made their second straight final. It was once again a French victory at Stop 3, running the table and defeating Spain 17-11 to walk away with the lead in the standings.

The 4th edition of the competition has the best future 3x3 players representing their country in preparation for future international competitions.

A record twenty-six different national federations registered both their men and women’s teams for the FIBA U23 Nations League 2021, with teams being allocated in 5 different conferences: