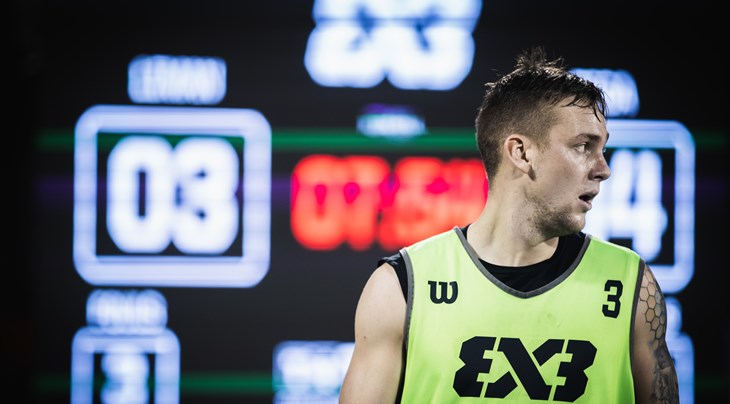 DOHA (Qatar) - The World Tour is finally back and we’re welcoming the best in the game to Doha for the first Masters of the year. Riga are looking for their third straight Doha title after winning in dramatic fashion in 2020, thanks to a Tissot Buzzer Beater from Karlis Lasmanis. Here’s a look at some of the games on Day 1 that we can’t wait to see.

It’s the first Masters of the year and we already get treated to one of the most fun matchups on the season. We knew that at some point, Dusan Bulut and Tamas Ivosev would go up against their former teammates, Dejan Majstorovic and Marko Savic, but we didn’t know it would happen this fast. The two Serbian teams are slated to face off in Pool C in what will be the game everyone is talking about. This will be Ub’s first chance to make their mark on the World Tour with their new-look roster, and Novi Sad’s game to prove they are still one of the best.

We're going all-American like McDonald's. Team USA members Disco Domo Jones (NY Harlem) and Kareem Maddox (Princeton) go from playing with one another to facing off in a huge statement game. NY Harlem is back and stacked, while Princeton returns to the World Tour in earnest after a short appearance in 2020. This is set to be as hot as a New York City summer.

The champs are here! Riga are back, welcoming all four players from their World Tour Final 2020 winning team, including last year’s World Tour MVP, Nauris Miezis, and the cardiac kid, Karlis Lasmanis. Amsterdam are hoping to throw an early haymaker and knock down the defending champions but that won’t be a small task. The #7 seed enters with plenty to prove and a tough Pool B, including Edmonton who returns to action.

The first pool stage game starts us off with a scintillating matchup between Liman and Sakiai Gulbele, two teams with very different 2020 seasons. Liman was 1B next to Riga all season, separated by one possession at best. Sakiai Gulbele on the other hand, underperformed at the World Tour, dropping down to the #9 team in the FIBA 3x3 Team Rankings. They both start fresh in Doha, with 2020 in the rear view mirror and a chance to start 2021 right.