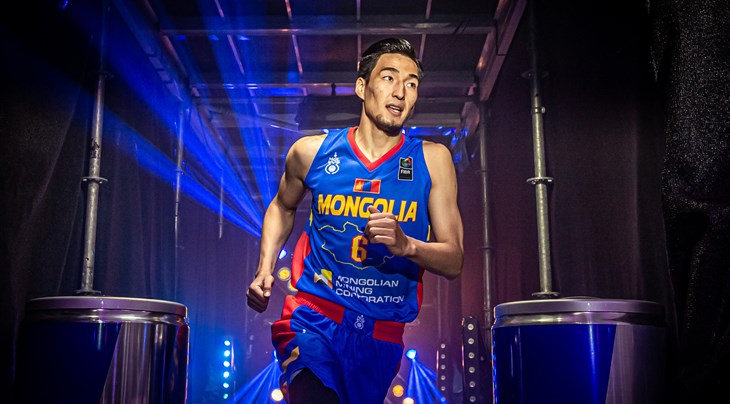 DEBRECEN (Hungary) - Some of 3x3's brightest men's talents will be fighting for their right to party all the way to Japan with one ticket still available for the Tokyo Olympics at the upcoming FIBA 3x3 Universality Olympic Qualifying Tournament in Debrecen, Hungary on June 4-6, 2021.

Here are five players you just have to keep your eyes on.

Belgium was a surprise packet at the Olympic Qualifying Tournament in Graz after beating hoops power USA and only just falling short of Lithuania in a thriller.

They were led by a mean duo of Nick Celis and Thibaut Vervoort, who might be the new Muscles from Brussels after his dominance in Graz. Although he's from Antwerp so we might have to re-think that nickname.

The 23-year-old scored 23 points in just 4 games, including a sizzling game-high 10 points against the U.S.. Stronger than Van Damme, Vervoort was too physical for USA star Kareem Maddox as he repeatedly bulldozed his way to the paint.

But the 1.96m (6ft 5in) beast also has a sweet stroke to boot as Vervoort showed in the clutch when he nailed a trio of two-pieces to snatch victory from USA.

It was the type of performance that signaled a young 3x3 star in the making. Does Vervoort have an encore left?

The 24-year-old has lit it up previously on the World Tour but the time is right for a major coming out party in front of the home fans in Debrecen.

Powerfully built at 1.99m (6ft 6in) and athletic, Demeter has the explosiveness to attack the rack and melt down social media. But this dude has a pretty J too and can splash it from the logo as well.

It makes host Hungary a dangerous team and a legit contender for the golden ticket to Tokyo because if you focus too much on big fella Tamas Ivosev down low, Demeter will make you pay if left with any kind of space. The 31-year-old is a 3x3 great having starred for years with GOAT team Novi Sad on the World Tour. There might not be anyone stronger in 3x3 than this 2.01m (6ft 7in) monster who feasts in the paint against overmatched defenders.

Ivosev is one of the most accomplished players in Debrecen and it would not surprise to see him rise above the pack.

He's long been Hungary's top 3x3 player and now gets the opportunity to represent his country at home in the biggest ,moment of them all.

If ‘Frankenstein’ comes alive in Debrecen then Hungary's dreams might come true.

Don't be deceived by his looks. With flawless hair, which somehow never gets messy on court, Enkhbat could pass as a boy band member but this dude is a Mongolian marvel and a bad man defensively.

The 1.90m (6ft 3in) lockdown defender makes life crazy for opponents and his passion is the driving force behind a spirited Mongolia, who started on fire in Graz before things fell apart as they exited at the pool stage.

If Enkhbat can inspire Mongolia once more, 3x3's greatest fairy tale will have a new chapter.

There aren't too many more accomplished players than Simon Finzgar aka 'the Sphinx' who has been mummifying defenders for years on the World Tour and 3x3 international events. Where do you think Doncic learned all his tricks?

Finzgar's a magician on the court who can legit make the ball talk. And this dude is seemingly constantly stuck at age 21 because he schooled opponents in Graz with a spectacular 40 points in 5 games and countless highlights.

If Finzgar can tap into his endless magic bag once more in Debrecen and lead Slovenia to glory then it will be the crowning achievement of a truly great 3x3 career.