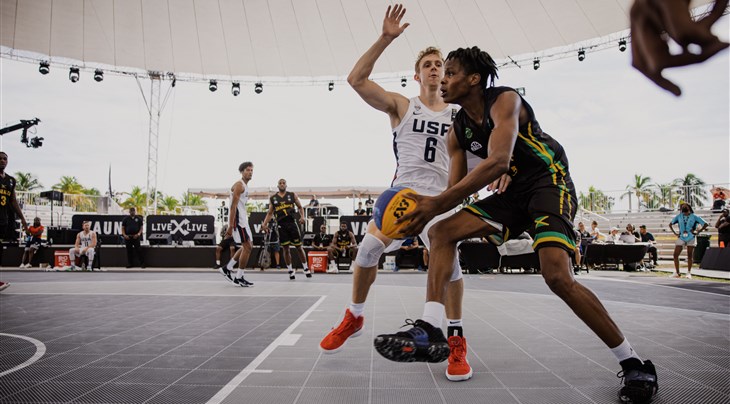 MIAMI (United States) - The FIBA 3x3 AmeriCup might be new to the circuit, but we already can't wait for the next installment. It was high-flying hoops in Miami, as some of our favorite players were on display for the first tournament in the USA since 2012.

Kareem Maddox and Angel Matias were balling out, something we have come to know on the FIBA 3x3 World Tour. Now, it's time for a new generation of stars to make their way to some of the best games 3x3 has to offer. Here are five players we hope to see soon on the Tour.

Charlie Brown Jr (USA) - The tournament MVP, Charlie Brown Jr had a dream debut for USA, winning gold and MVP on the same weekend. At age 24, the former NBA player has clearly proven that he can master the 3x3 format, finishing second in scoring for the event (41 points), giving us some of the best highlights of the event. If he wants, the sky is the limit for the young, talented, and hungry American star.

Romaine Thomas (Jamaica) - After sweeping the qualifying draw with comfortable wins against Aruba (22-11) and Haiti (21-11), this Jamaica team continued their hot run through the pool stage before losing to eventual champions, the USA. Romaine Thomas, the number one player in Jamaica was a big reason why. With 16 points over three games in spectacular fashion, it's no wonder we want to see more of him and his XXL bag on the World Tour

Diego Moquete (Dominican Republic) - This man is a walking fire emoji. The Dominican Republic is not walking away with the bronze medal without Diego Moquete's moves and playmaking ability that helped the DR defeat Canada in the quarterfinals and Puerto Rico for the medal. We hope to see his sick handles coming to a World Tour court real soon.

Troy Louison (Saint Lucia) - If there was a team that punched above their weight in Miami, it was Saint Lucia, and if there was one man that was a breakout star, it was Troy Luison. The top-ranked player in the country, in just his second 3x3 tournament ever, he finished 7th in scoring, including 9 points per game. There are a bunch of teams on the World Tour that can use his energy and we're hoping he gets his chance soon.

Saul Mejia (Dominican Republic) - It was a two-headed monster for the Dominican Republic with Diego Moquete already making an appearance on this list. If these two ballers team up on the World Tour, look out. He finished 9th in scoring, with 26 points, and who wouldn't want to see this big man go to the rim against some of the best in the world? We're getting the gram ready if he gets his chance on the world stage.