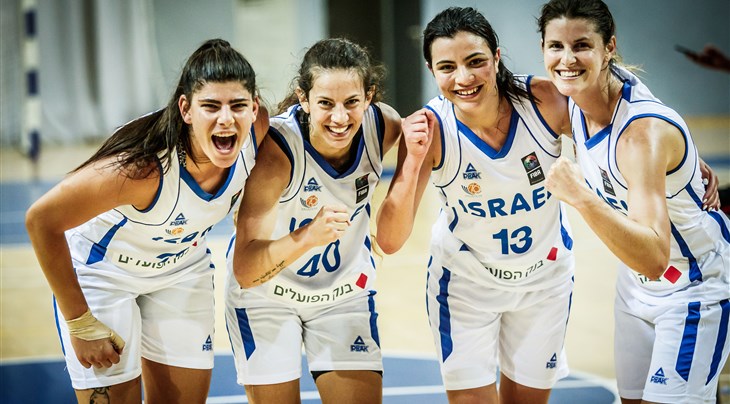 The top scorer in the women’s category Alyssa Baron (7.7 points per game) brought the local crowd to its feet when she hit a BIG shot from outside the arc with just 17 seconds to go, that gave Israel a 20-18 lead over Switzerland (which ended up being the final score) and sent the team to the FIBA 3x3 Europe Cup.

Without their star Satou Sabally and unlike their men’s national team, Germany booked their ticket to Paris after one last narrow 16-12 win against the spectacular Portugal. The towering 6ft 2in (1.90m) Svenja Greinacher led Germany in scoring (5.3 points per game) and Jennifer Crowder helped with the highlights.

In the men’s category, Belgium maintained their Olympic form by convincingly beating Switzerland in their last game (22-11), which means they will make the short trip to Paris on September 10-12. Nick Celis had a team-high 5 points per game for the team who won the FIBA 3x3 Universality Olympic Qualifier just 3 weeks ago and will compete for a medal at the Tokyo Games next month.

Belgium 🇧🇪 qualifies for the #3x3Europe Cup in Paris! pic.twitter.com/h5sF4pkqVx

Last but not least, Austria showed they were back on track after defeating Germany (21-13) in the Europe Cup Ticket game. The 101st player in the world Moritz Lanegger put his team on his back (6 points per game, 2nd best in the tournament behind Switzerland’s Marco Lehmann).

Austria 🇦🇹 get their tickets to the #3x3Europe Cup in Paris! pic.twitter.com/1SOKbZsSlM

The Israel Qualifier is back tomorrow (June 26) with 4 more tickets to Paris at stake.

At the same time, on the Black Sea, the Romania Qualifier will begin. Four tickets to the Europe Cup will be awarded tomorrow (June 26) and four more on Sunday, June 27.