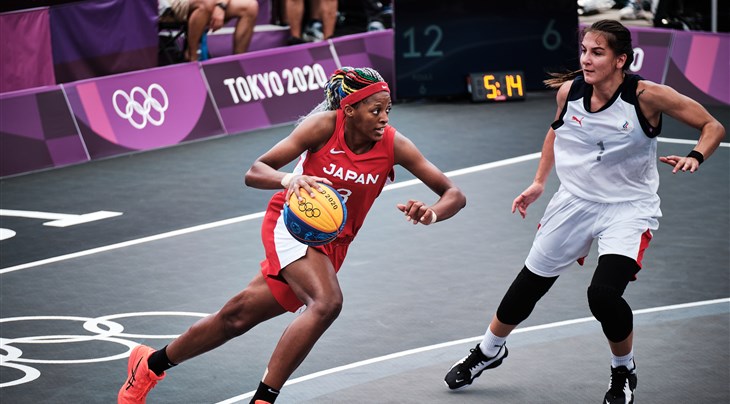 TOKYO (Japan) - There will be an equal number of men and women’s athletes, referees, sports supervisors, MC’s and DJ’s as 3x3 makes its Olympic debut in Tokyo, Japan on July 24-28.

“The promotion of women in basketball is one of the three strategic priorities of FIBA for the 2019-2023 cycle,” FIBA Secretary General Andreas Zagklis said.

“We wanted to use the Olympic stage to send a strong and positive message for parity, which is paramount in basketball, especially in 3x3.”

Eight men’s teams and eight women’s teams (meaning 32 athletes in each gender) will compete in Tokyo. They will play on the same court with the same ball, at the same venue, alternating between men and women’s games on the same days. This concept is rooted in 3x3: it applies to every single national FIBA3x3 competition, including the yearly FIBA 3x3 World Cup.

There will be twelve referees officiating in Tokyo (six men, six women). They will be assigned games in each gender. It is very common for female referees to officiate men’s games in 3x3. The youngest 3x3 referee in Tokyo (at 31 years old) Cecilia Toth from Hungary was one of the two referees in charge of the men’s final of the last 3x3 Europe Cup in 2019.

The gender-equity concept will extend (beyond athletes and referees) to the two sports supervisors, two DJ’s and four MC’s.