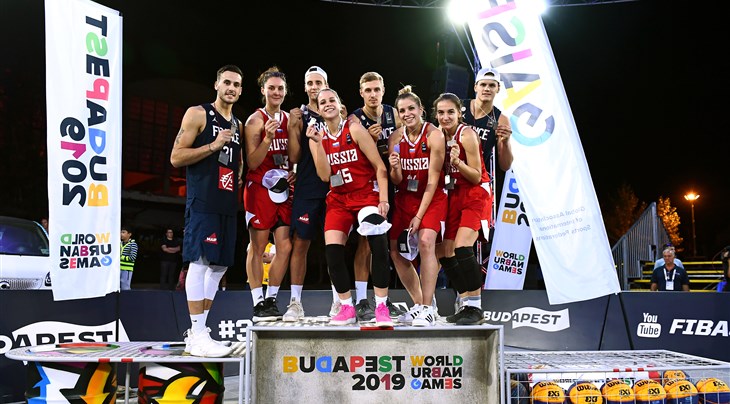 TEL AVIV (Israel) - The FIBA 3x3 U23 Nations League comes back this upcoming Monday in Israel with the Europe-America conference having 3 consecutive stops in Tel Aviv, Israel, on June 28-30

A record twenty-six different national federations registered both their men and women’s teams for the FIBA U23 Nations League 2021, with teams being allocated in 5 different conferences:

The action doesn’t stop as Slovakia (July 6-8) and Lithuania (July 15-17) will hosts more U23 Nations League events in July.

Voiron (France) on August 3-5 and Szolnok (Hungary) on August 4-6 will also host 3 stops of the League. Egypt will organize two triple Stops in August for the Africa Conference.

This will be the 4th edition of the competition, which was launched in 2017 to offer an opportunity for future talents to hone their skills in preparation for the open category.

The 3x3 U23 Nations League comes back after a one-year hiatus due to the Covid-19 pandemic.

Also, a new U21 category was introduced this year to help federations develop new players for future events. Germany, Israel, Lithuania, Mongolia and the Netherlands registered an U21 team this year.

A Final will be announced at a later stage.

France’s men and Russia’s women won the FIBA 3x3 U23 Nations League 2019 at the World Urban Games in Budapest, Hungary.