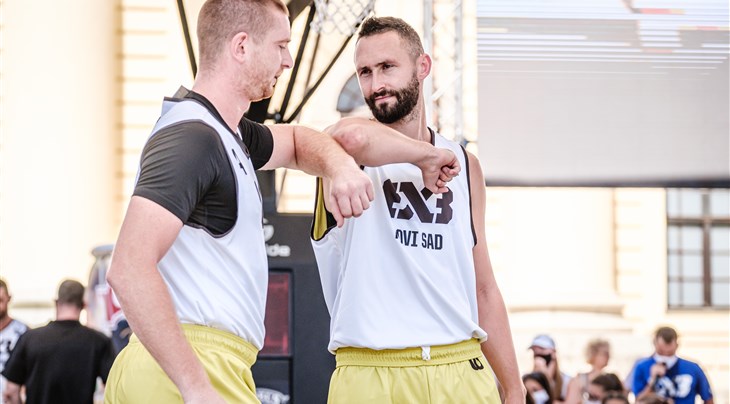 MIES (Switzerland) - So it turns out the Novi Sad split-up wasn't the only transfer market headline. More changes stayed under the radar and yet had an impact on the FIBA 3x3 Team Ranking.

Don't get us wrong, the FIBA 3x3 Individual World Ranking is still frozen (until April 1). So how has the Team Ranking change, you'll ask me? The top teams in the world had until this week to confirm their roster for 2021 and some personnel changes had teams go up and down the Top 10. The additions of Marko Savic and Dejan Majstorovic make Ub an immediate contender on the World Tour and give them instant credibility. Not only will they strike fear into their opponents and reset the entire FIBA 3x3 landscape, but they help the Serbian team jump all the way to the number three spot in the World Tour rankings.

The addition of former Liman's sharpshooter Maksim Kovacevic boosted the Dutch squad to the seventh position in the ranking (from 9th). We all remember what the Serbian did in Debrecen 2019, when he came back after a head injury to win the final for Liman against Riga. Can he push Amsterdam to win their first World Tour Masters?

Down Savic and Majstorovic, Novi Sad falls four spots to 6th overall, with Dusan Bulut still leading the way for the team. There’s no telling what will come next for the Serbian side that dominated the World Tour for the last seven years, but the next wave of talent is coming for their records.

2020 was definitely not Sakiai's year. Not only did they suffer 2 back-to-back pool phase exits in Debrecen, they also lost their best creator and second-best-ranked player Marijus Uzupis to a bad knee injury. The Lithuanian team may have slid in the ranking because of Uzi's absence but they did make a very good addition in Darius Tarvydas, who starred for the Lithuanian 3x3 national team in the past (bronze at the Europe Cup 2014) and was key in Utena Uniclub's final run at the Debrecen Masters last year.