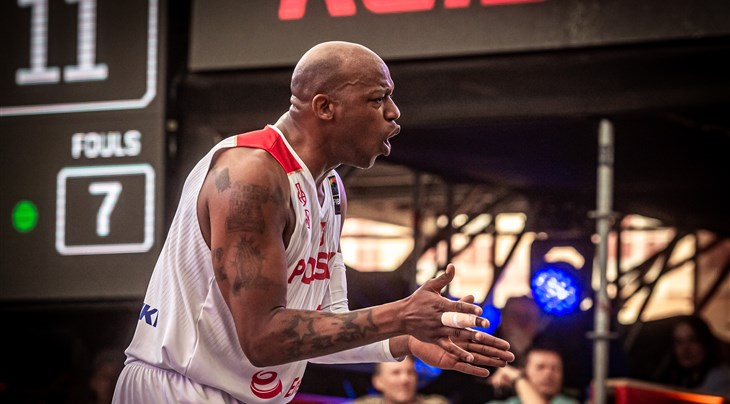 TEL AVIV (Israel) You want more 3x3? Then your wish will be granted with a bonanza of high stakes games at the FIBA 3x3 Europe Cup Qualifier 2021 in Tel Aviv, Israel on June 25 and 26.

After an incredible run of 3x3 with Olympic dreams on the line in Austria and Hungary, the pressure does not ease with four men and four women's teams from each qualifying event in Israel and Romania earning a spot at FIBA 3x3 Europe Cup 2021.

France will host the seventh edition of the most important 3x3 competition for national teams in Europe with the iconic Eiffel Tower in Paris serving as the breathtaking backdrop.

Twelve men's and 12 women's teams will participate in the event on September 10-12, 2021. In the men's, host France, 2019 champs Serbia, Russia and Slovenia have qualified based on ranking. In the women's, host and 2019 champs France, Russia, Netherlands and Romania are automatically through.

The fight for qualification gets underway in Tel Aviv with teams divided into four pools. All teams play every other in their respective pools with the top two of every pool advancing to the knock-out round and the winners of the elimination games then booking their tickets to the city of love.

In the men's, No.1 seed Poland highlight the field and will be the team to beat. They are riding a high having spectacularly clinched a ticket to Tokyo at Graz with a triumph for the ages.

Perhaps even more impressively, Michael Hicks aka 'Money in the bank' still has enough in his account having incredibly led Poland to Olympic glory even though he was struggling with an injured finger to his shooting hand.

Nothing can stop this real life 3x3 superhero who will be spearheading Poland's charge in Israel. Poland are hot favorites in Pool A but the question remains whether they are emotionally and physically spent after their heroics in Austria.

It might just open the door for No.8 Spain and No.9 Turkey.

Pool B is headlined by No.2 seed Switzerland who are boasted by star players for Lausanne on the World Tour. Gilles Martin's handles are more beautiful than the Alps, while Westher Molteni has so much drip he's known as 'King Wes'.

The Swiss are supremely talented but they will be surely challenged by neighborly foe Austria, who are a rising 3x3 nation as they showed in Graz. They have a well-balanced team led by Moritz Lanegger who can go all Schwarzenegger at any moment.

No.3 seed Czech Republic will be the team to beat in Pool C, while Pool D boasts new 3x3 sensation Belgium who are heading into the Olympics after an incredible campaign in Debrecen.

Nick Celis and Thibaut Vervoort can pack a one-two punch nastier than Van Damme but Belgium will need to regroup from the euphoria and they face an early test against No.5 seed Germany.

In the women's, just like the men's, Poland is the No.1 seed and their tall timber is expected to make life difficult against No.8 seed Serbia and No.9 Belgium.

No.2 seed Czech Republic highlight Pool B, while No.3 seed and European power Spain will be eyeing a ticket to Paris in the aftermath of qualifying to Tokyo. In Graz, Sandra Ygueravide was hotter than Seville in summer and she will be ably supported by fellow star Aitana Cuevas.

Led by the brilliant Marielle Giroud, Switzerland are top-ranked in Pool D but should face formidable opposition against No.5 Germany, who might be missing superstar Satou Sabally but have a super tall lineup that should be able to score baskets at will.

Buckle up, 3x3 is back with a vengeance.