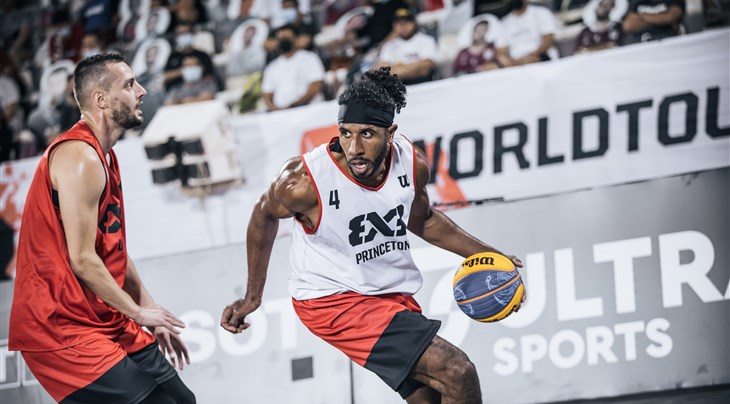 MONTREAL (Canada) - The FIBA 3x3 World Tour excitingly makes its return to North America with the Montreal Masters on September 4-5.

We will once again be bringing you the best players in the world, wherever you are, across social media and television.

There is a 3x3 bonanza in the Canadian city with the sixth stop of the FIBA 3x3 Women's Series to be held on September 3-4. The Netherlands loom as the team to beat as the No.1 seed ahead of Mongolia and Poland.

Let's take a closer look at everything you need to know ahead of this weekend's Montreal Masters, the fourth stop on the World Tour, as 3x3 returns to North America for the first time in two years.

Where can I watch the Montreal Masters?

Who is competing in Montreal? Once again, we've brought the big guns and let's start with No.2 seed Ub who have lit up the World Tour this year where they currently enjoy a healthy lead on top of the standings having won the Debrecen Masters.

New-look Ub, who were formerly Vrbas before last year, have been a consistent force this season and will be pleased with the growing confidence of Dejan Majstorovic who has returned to being the 'Maestro' since starring at the Tokyo Olympics. But the spectacular Serbs will have to do it the hard way with Debrecen MVP Miroslav Pasajlic not playing in Montreal putting more pressure on ex-Novi Sad star Majstorovic.

Pasajlic's absence could swing the balance of power with No.1 seed Riga loading up with superstar Karlis Lasmanis taking flight KLM to Montreal after missing Debrecen.

That means the Latvians have three Olympic Gold medalists in their line-up with sharpshooter Edgars Krumins still missing. Riga, the reigning World Tour Final champs, are still looking to break their drought this season having fallen agonizingly short against Ub in the final at Debrecen.

No.3 seed Amsterdam Talent&Pro will be hoping to recapture the magic of Doha, where the Dutch masters finally claimed the crown. But their momentum might have stalled as they fell to Riga at the semis in Debrecen on their return to the World Tour.

Prized recruit Maksim Kovacevic and Doha MVP Arvin Slagter struggled in Hungary and will be keen to find their rhythm in Montreal. We can't forget Antwerp with the Belgian sensation still hurting after a heartbreaking loss to neighborly rivalry Amsterdam in the quarters in Debrecen. Thibaut Vervoort aka 'Must See TV' had his reception fuzzy to end his hot streak after having a lit a fuse in 3x3 this year.

But you can bet Vervoort will want to re-establish himself as the hottest show in 3x3 in Montreal and if that happens then Antwerp will be right in the mix. No.6 seed Princeton have struggled so far this season on the World Tour but you better look out because their main man Robbie Hummel is back in business for the first time on the pro circuit in 2021.

Karlis Lasmanis returns for Riga but don't sleep on his partner-in-crime Nauris Miezis who was back doing Robin things in Debrecen.

Miezis, one of the very best 3x3 players in the world, shrugged off struggles in Lausanne with a starring role in Hungary where he proved he can be the lead superhero in Lasmanis' absence.

He topped the charts in player value, key assists and highlights to issue a warning to rivals ahead of Montreal.

While his fellow stars were off target in Debrecen, Dimeo van der Horst was lights out to almost single-handedly carry Amsterdam Talent&Pro to the final four. 'Dimes' proved he was the real Dutch Master but he should be even more dangerous in Montreal if his teammates provide support.

Edmonton's sharpshooter Steve Sir, who might just be the GOAT from two-piece in 3x3, is the all-time shoot-out record holder and MVP during Edmonton's title run at the Nanjing Masters 2019. You just know he'll sign off with one more "Yesssiiirrrr!".

As we mentioned earlier, FIBA 3x3 World Cup 2019 MVP Robbie Hummel returns for Princeton and might just be the missing ingredient for the struggling Americans.

In case you have forgotten, this man is a walking bucket and the lead man for Princeton, who have their fair share of stars. While we welcome the return of an American 3x3 household name, we excitedly get announced to a new star from the USA with Dylan Travis set to showcase his talents with Omaha 3Ball.

The 1.92cm (6ft 4in) Travis stole the show at the highly competitive 3x3 national championships to seal Omaha 3Ball's spot in Montreal.