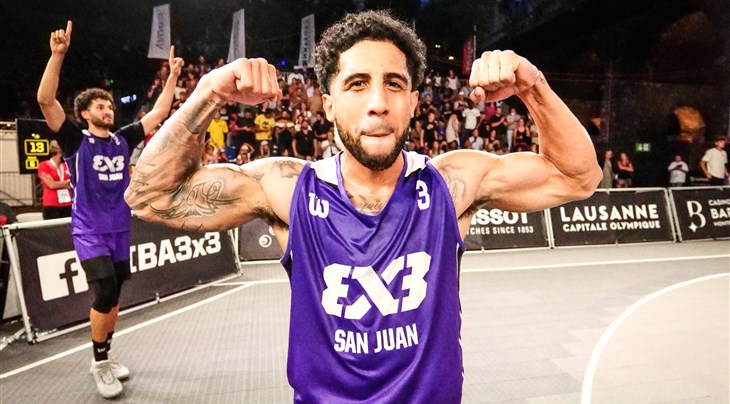 MEXICO CITY (Mexico) - The World Tour heads to Mexico City on November 6-7 for the very last Masters event of the 2021 season ahead of the Jeddah Final in December.

It's back to the 10-minute sprint as we break down everything you need to know ahead of the event.

Where can I watch the Mexico City Masters?

Make sure you are following us on Twitter and Instagram for live updates in addition to Facebook and YouTube where we will be broadcasting live on both channels. Something that has been new and very exciting this year: we are also live on Twitch! We're also on TV all around the world. Check out our list of broadcasters, which now includes TVC Deportes in Mexico.

Who is competing in Mexico City?

Riga (LAT) are flying high after winning their first Masters of the season in Abu Dhabi. The Latvians are back to full-strength and sit comfortably as the number two team in the World Tour standings. With Ub sitting this one out, the top seed in the event is the clear favorite to keep its hot play going heading into the most important games of the season.

It's the return of Mr. Robot to Liman (SRB) as Stefan Stojacic returns to the lineup, flanked by three of the best players on tour. We all know what Stefan Kojic is capable of from beyond the arc, and with the inside game of Aleksandar Ratkov and Mihailo Vasic, ranked 8th and 9th in P-VAL this year, Liman are right where they need to be to contend for the title.

Aurelijus Pukelis is the leader for Sakiai Gulbele, the number three seed in the tournament, a team poised to make the Jeddah Finals, though has yet to win a World Tour event in 2021. They have the talent and experience to get the win in Mexico City, but they'll need to win a few games against the best around.

Jeddah has gotten mixed results from the World Tour 2021, including a 9th place finish in Abu Dhabi. But, their win in Prague earlier this year gives us confidence that they have what it takes to come out on top.

Karlis Lasmanis and Nauris Miezis always have us glued to the screen. The dynamic duo is hitting all the right notes and getting in a groove with one more Masters before they go for back-to-back World Tour titles. The Riga men have the best supporting cast in 3x3, but when it comes to the biggest moments, it's all about Batman and Robin.

We know what Stefan Stojacic can do when his gears are firing. With 'Mr. Robot' back and ready to lead Liman, the sky is the limit for one of last year's best players. His brother has been getting all the headlines in 2021 after becoming the new number one 3x3 player in the world, but we expect big things from the Serbian star in Mexico City.

Wes Molteni is a mountain of a man and someone you don't want to meet at the rim, on either side of the ball. The big man is going to need a big performance to help propel Lausanne into the World Tour Final, and we are predicting a monstrous performance out of Pool D.

Gagarin are an up-and-coming team, many thanks to Alexander Zuev, one of the most exciting players in all of 3x3. You're getting to press him? He'll drive by you faster than a Tesla. Give him space? He'll knock down 2-pointers all day long. The Russian already has an Olympic silver medal under his belt and he's coming for a World Tour title too.

One of the most athletic players in 3x3, Jessey Voorn is a joy to watch. Utrecht may not be a household name, but Voorn is right up there with the best Dutch players in the world. After all, you also saw him play at the Tokyo 2020 Olympics. Dude can shoot and has a mean crossover. Odds are he'll make our announcer Kyle Montgomery reach his high-pitched voice once again.

Mexico City is set to be spicy as jalapeno and bite like a tequila shot. There's one last World Tour Masters event in 2021. Let's see what they got.