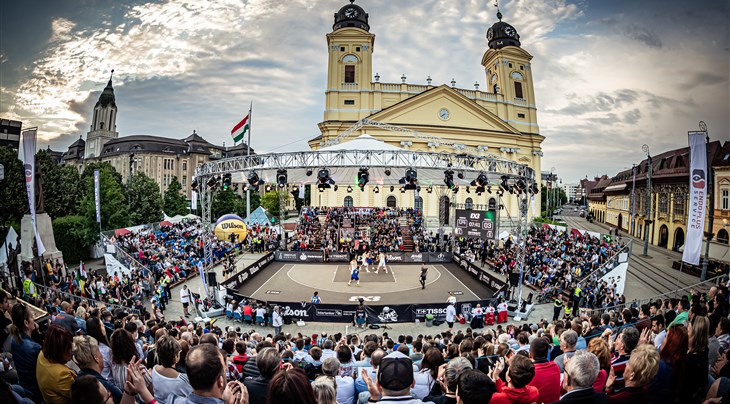 DEBRECEN (Hungary) - The FIBA 3x3 U18 World Cup 2021 begins this Tuesday, filled with first-time 3x3 ballers and some returning players looking to win the top international U18 competition 3x3 has to offer. Here is everything you need to know ahead of this week's action.

Who is competing and what are the pools?

There will be 17 teams competing on the women's side and 18 for the men. The top two teams from each pool will advance to the bracket stage. Team USA is the defending champion on the men's and women's sides, and they return to the competition looking for back-to-back titles. They are re-loaded with some of the best U18 talents in the country and should be expected to at least make it to the bracket.

Egypt is the number one seed on the women's side, they'll have to look out for Spain and the Netherlands in Pool A. Russia, Germany, and Estonia are the top seeds in their pools, all in a good position to advance to the bracket.

The men's number one seed is Kazakhstan, led by Radislav Rodionov, the 28th ranked U18 men's player in the world. They have a relatively manageable Pool A, needing one of two spots alongside Brazil, Indonesia, and Ukraine. Russia, Egypt, and Estonia are the top seeds in pools B, C, and D.

On the men's side, it is a showcase of some of the country's best American high school talents. Keyonte George (committed to Baylor University) and Kyle Filipowski (committed to Duke Univesity) headline Team USA, looking to repeat as U18 World Cup champions.

The field is also full of up-and-coming European players from traditional 3x3 powerhouses. Mārcis Osis, the number three U18 men's player in the world will lead Latvia in Pool D, going up against the vaunted American team. Róbert Ságodi of Hungary is also a top talent, having co-led the FIBA 3x3 U17 Europe Cup Qualifier 2021 in scoring, with 22 points. Mintautas Mockus is also a name to keep an eye on as for Lithuania playing in Pool B, which includes 5 teams.

The women's side is also top-heavy with Team USA talent. Ayanna Patterson and Kira "Kiki" Rice are the number three and number six ranked players in their high school class, with Patterson already committing to powerhouse UCONN. She will look to continue the school's new tradition of 3x3 excellence after players such as Napheesa Collier, Katie Lou Samuelson, and Paige Bueckers have all won this event.

Rounding out the other players to watch include Claudia Contell of Spain, a member of Valencia Basket Club SAD, Jaleesa Molina of the Netherlands, playing at the Orange Lions Academy, and Enija Ķīvīte of Latvia, the number 6th ranked player in the U18 women's rankings.