Everything you need to know before FIBA 3x3 Europe Cup 2021 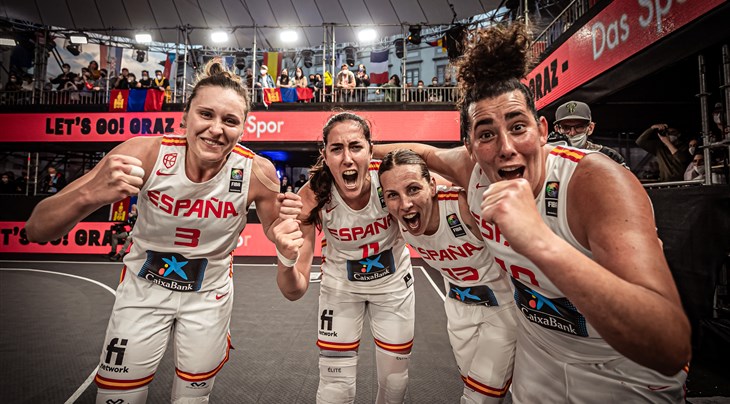 PARIS (France) - The FIBA 3x3 Europe Cup 2021 is just hours away and we have many of the best players in the world heading to the French capital right in front of the Eiffel Tower for the continent's premier 3x3 international competition.

Let's take a closer look at everything you need to know before the action starts on September 10.

The action starts on September 10th, and you can follow it live on the FIBA 3x3 YouTube, Facebook, and Twitch pages and on TV in several European countries (L'Equipe 21 in France, Eurosport in Poland, ORF in Austria, Sportklub in former Yugoslavia, Sport 5 in Israel, ArtMotion in Kosovo, CYTA in Cyprus).

Who is competing in Paris? Serbia enter the event as the two-time defending Europe Cup champions re-loaded with veteran talent and an exciting newcomer. We all know they have been at the top of international 3x3 competitions for some time now, and it will take a herculean effort to knock them off their thrown.

The best teams out there to challenge the Serbs for the title include fellow 3x3 Olympians from Belgium, the Netherlands, Poland and Russia. Keep an eye on the likes of France, Lithuania and Slovenial, three teams that seem to always finish in one-possession games.

The women's side is intriguing, with perennial powerhouse France as an obvious favorite to medal at the Europe Cup. But, Russia (as ROC) are fresh off a silver medal in Tokyo 2020 and Spain has been the hottest team at the Women's Series this season. Coming off of their win at Montreal, they should be playing with sky-high confidence.

Germany and the Netherlands have also made noise on the Women's Series this year and will count among the teams to watch in Paris.

We have five of the top 10 men's players in the world in the Europe Cup field, including Mihailo Vasic, the number two player in the world, and Tokyo 2020 bronze medalist. He is joined on team Serbia by fellow top-10 players Stefan Kojic and Aleksandar Ratkov.

This will be the third Europe Cup for Belgium's Nick Celis, now the 10th ranked player in the world. In his first two trips, Belgium was overmatched by the European elite. This time, coming off of three Challengers wins and deep runs on the World Tour, he and Thibaut Vervoort are ready to lead the squad to new heights. Aurelijus Pukelis (LTU) and Arvin Slagter (NED) are both names to keep track of all tournament long, as their teams will need them to be consistently putting up big offensive outputs if they plan on advancing into the bracket.

The women's field is even more packed, as nine of the top ten players in the world will feature in France. The new number one 3x3 player in the world Sandra Ygueravide, a Women's Series 2021 MVP favorite has been lighting it up for Spain, which comes into the Europe Cup with all four of their team members holding top-10 rankings.

Right on their heels is France, the home team with championship pedigree, and Migna Touré, a certified baller. She will be joined by Laetitia Guapo and Marie-Eve Paget, two battle-tested 3x3 stars that want to avenge their disappointing result at the Tokyo 2020 Olympics.