Everything we learned from both FIBA 3x3 OQTs 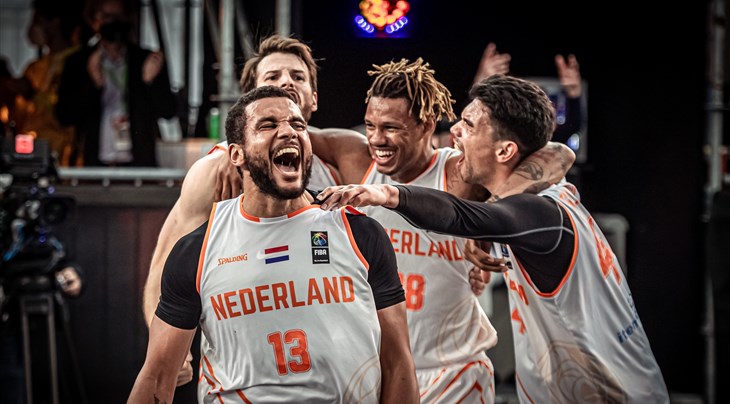 DEBRECEN (Hungary) - Now that we have our 16 teams heading to the 2020 Tokyo Olympic Games, it’s time to put the two Olympic Qualifying events under a microscope.

Over the past two weeks, 8 teams have earned a spot in the Olympic field, battling it out in Austria and Hungary to get one step closer to their ultimate goal; hearing their national anthem played on July 28 in Tokyo.

We had upsets, shots we’ll never forget, and moments that have cemented themselves in the 3x3 history books.

3x3 will make everyone sweat, players and fans alike

Not necessarily something new we learned but a friendly reminder that 3x3 has as much drama, twists and Hollywood endings as your favorite Netflix show. Here's a flashy stat for you: 50% of the games which qualified for Tokyo (the "Olympic ticket games") were decided by just 1 basket (both in Graz and Debrecen). We saw 10 Tissot buzzer beaters in just 8 days of competition, including Rae Lin D'Alie's clutch bucket which silenced the amazing Hungarian crowd and sent Italy to Tokyo.

A new generation of women's stars are here

Mai Yamamoto, Stephanie Mawuli, Satou Sabally. Kelsey Plum. We can keep going, but you get the gist. While the men's field was dominated by the top players in the rankings, the women showcased the bright future of their game.

The Women's Series continues this year and we'll have our eyes peeled to see new rivalries develop and a legitimate challenge for the 2021 title against France and the rest of the powerhouses.

A chance for new countries to find success in basketball

When FIBA got involved in 3x3 in 2010, one of the key objectives was to offer a new opportunity for players and countries to be able to win medals in basketball. And this is why the Universality Olympic Qualifying Tournament was reserved to countries and territories who had not made it to the Games in basketball neither in London nor in Rio. The list of 8 new countries who stamped their ticket to Tokyo in the last 2 weeks include the Netherlands who had never made it to the Olympics in basketball in their entire history. Belgium had not achieved this in the men's category since 1952, Latvia since 1936. They join Romania, who had not had a team play basketball at the Games since 1952 and Mongolia, who will have their first-ever squad in a team sport at the Olympics.

The men's World Tour and the Women's Series matter

The top competitions in the 3x3 pro circuit were the best launchpad to the Olympic Games, as expected. Both reigning champs (France for the women and Riga, whose 4 players represent Latvia for the men) got their ticket to Tokyo in Graz. Moreover, the winners of the last World Tour Masters (Doha) helped the Netherlands achieve their Olympic dream.

3x3 can be played anywhere

The 2 OQTs proved once again that 3x3 can adapt to any set-up and anti-COVID protocol. Just a few months before the OQT, the creative Austrian Basketball Federation and the city of Graz had to come up with a new concept for the venue, switching from a traditional open venue in iconic location to an innovative semi-closed venue with 2 levels of lodges, which made the 3x3 court look like a UFC octagon. One week later, in a largely vaccinated Hungary, the Hungarian Basketball Federation and the city of Debrecen added 1 more impressive bleacher behind the basket to bring back the fans IN MASS around the 3x3 court. The chants of the Hungarian fans could not bring their team to Tokyo but they were loud enough to give goosebumps to every single fan watching.

The 2020 Tokyo Olympic Games are going to be epic

If nothing else, the Olympic Qualifying Tournaments showed us that the Olympic Games are going to be unforgettable. Not only do we welcome 8 teams that are red hot, but we bring back some of the top men's and women's teams in the world (that previously qualified through their FIBA rankings).

If the hottest fire makes the strongest steel, we are about to watch the best 3x3 basketball yet to come. The five days of destiny in Tokyo are getting closer and the world's best ballers are within reach of their hoops dreams.