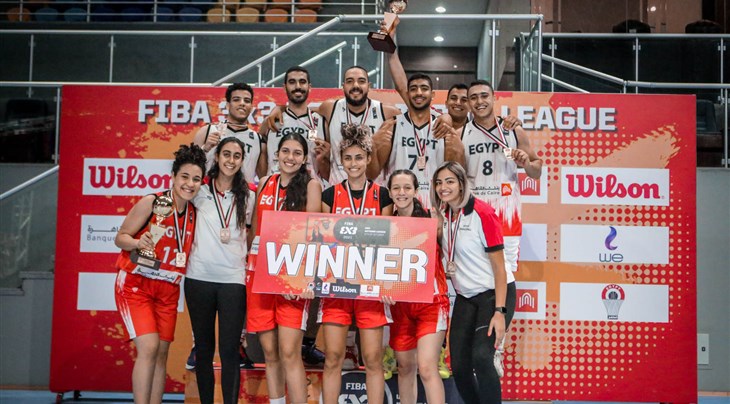 OCTOBER CITY (Egypt) - The Egyptian men and women both booked their spot to the FIBA 3x3 U23 Nations League Final after earning the most points in the Africa-Asia conference.

This was the last U23 Nations League conference that had yet to finish, helping us round out the field for the final.

On the men's side, both Egyptian teams were sharp, with Egypt outplaying Egypt (U21) for the 30 point margin of victory. Alaaeldin Zahran, the 4th overall ranked player in Egypt, was able to lead the team to victories at Stops 1,2, and 4, never finishing lower than second place at any of the 6 Stops.

The women were more evenly matched, having to face off against Mongolia, a team that's always difficult to beat. The Egyptians were able to win at Stops 1,3, and 5, never finishing in 3rd. Mongolia hung tough themselves, also winning at the other three stops.

The Egyptian women were able to advance due to a tie-breaker to earn their spot in the final.

The current situation is as follows:

Some of the best young talent in 3x3 has put on a show across the continents in the fourth edition of this globe-trotting extravaganza with the finale to be played in Bucharest again, this time on September 17-18.