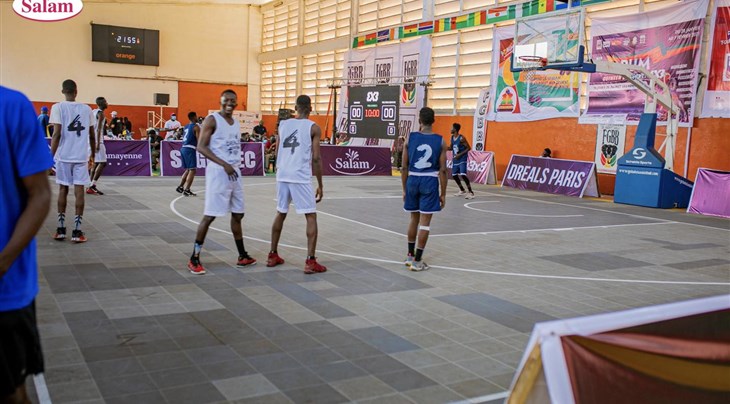 CONAKRY (Guinea) - 3x3 tournament organizer Jean Marc Aloumon is on a mission to bring African teams from the streets to the Olympics.

No African teams in 3x3 at the Tokyo Olympics? Dreals CEO Aloumon is not the type to look backwards. Instead he's already preparing the ground for the best teams in Africa to be at the 2024 Paris Olympics.

"WE AIM AT GETTING AN AFRICAN TEAM ON THE WORLD TOUR TO PROFESSIONALIZE THE GAME OF 3x3 IN AFRICA."- Jean Marc Aloumon

Aloumon who began a campaign back in 2019 to popularize 3x3 in Africa told FIBA.basketball at the end of the Guinea Tour that given the potentials in Africa, there is no reason for Africa not to be a part of the next Olympic Games billed for Paris.

"The 3x3 Tour is a quest for Africa. It is aimed at getting an African team for the World Tour with a view to see how best we can professionalize the game of 3x3 in Africa. This year, we have in mind to be in 19 countries and at the end of each Tour; the winners will be invited to the grand final in Lome, Togo.

"At the Tours, we make different formations like Clinics for players, coaches, event organizers, referees and others on marketing and sponsorship. The idea is to further popularize the game in countries so as they can carry on on their own."

Aloumon began his career in basketball, trying to break onto the scene and play at the highest level he could. He was finishing his studies and playing semi-professionally in France when he was first introduced to 3x3.

His first time watching the sport was when one of his university teammates in France was playing 3x3 and asked him to join him for a trip to the World Tour Final in Beijing in 2017. His second was at a Challenger event in Penang, Malaysia. When he saw the format and the excitement, he knew he had to bring it home.

For close to a week (February 2 to 7), Conakry, the capital City of Guinea was a beehive of activities as many enthusiasts of the game trooped out to be part of the Dreals Tour 2021.

Guinea has proved a good ground for Aloumon and his organization Dreals. He was there 2020 and returned there again this year for the Tour.

He recalls that his organization had targeted between 20-30 participants but was shocked to have close to a 100 consisting of coaches, players, referees and statisticians. "It was a great show and we're glad with the outcome. We want to help countries improve on their FIBA rankings and gains points as well as give the federations the right conditions to organize the event on their own."