Dominican Republic and Spain star on Day Four of 3x3 U18 World Cup. 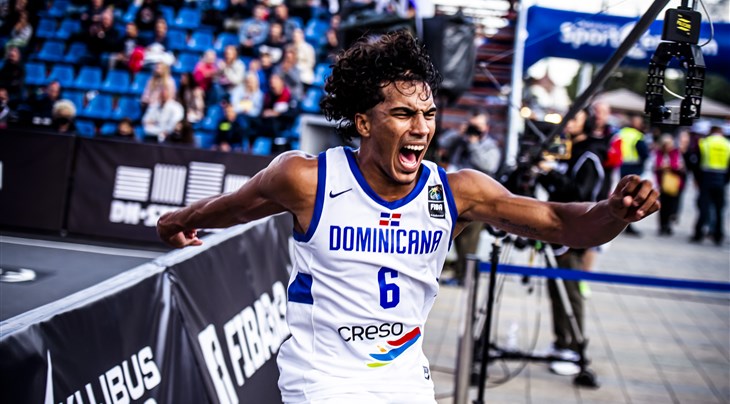 DEBRECEN (Hungary) – Our quarterfinalists are in the books! Four days of FIBA 3x3 U18 World Cup action has been utterly thrilling, and we’re now approaching the business-end of the competition in Debrecen

Spain stayed undefeated in the Women’s competitions with two convincing victories over Netherlands and Egypt, whereas Dominican Republic shone in the Men’s competition with important wins over Lithuania and Hungary, and Mongolia Men’s got their first win of the competition against second-seeded Russia.

Read on to find out more about the final day of Pool’s action!

The Spaniards made a statement on Day Four of action as they brushed aside the powerhouses of the Netherlands and Egypt with utter ease, scoring 38 points in two dominant wins. They played the game the right way as well, with slick movement, making the extra pass all the time, and scoring in so many ways with equal contributions from everybody on the roster. They’ve laid down a marker with their four games so far and will be a real threat to win the World Cup if they continue with this level of performance.

🇪🇸 @BaloncestoESP know how to move the ball as they power to an undefeated Day Four at #3x3U18 World Cup! pic.twitter.com/3zPZ5F7ZGR

The energy of this team is incredible, and after a perfect Day Four with crucial victories over Lithuania and Hungary, the Dominican Republic advance to the quarter-finals where Estonia await. Stellar defense from the entire team was vital in a hard-fought win over European heavyweights, Lithuania, and they had to keep their focus to better the hosts, Hungary, but with two wins from two today they’ll be full of confidence for tomorrow’s knockout fixtures.

Whilst Ukraine have taken the headlines in the men’s competition with three 22-point wins, in the women’s competition the Ukrainians have gone about their business quietly but effectively as they’ve secured a quarter-final place for Saturday, and Oleksandra Semenchuk has been crucial to that as a perfect Day Four put Ukraine in the driving seat for second spot in Pool A. 17 points in two games against Netherlands and Romania saw Semenchuk charge her team to vital victories and they’re a side who will be full of confidence going into Saturday’s action. Where do we start with this young man? He just did everything for his team on a fantastic Day Four of action for the Dominican Republic, making massive defensive efforts throughout two big wins against Lithuania and Hungary to keep his side in the game, as well as securing the Tissot Buzzer-beater in overtime against the former.

It was a major upset in the Men’s competition, as Mongolia bested the second-seeded Russians in a thoroughly entertaining game where the Mongolians gave everything for that dub!

Spain lived up to their international reputation for beautiful ball movement as they blew by the Netherlands in their opening fixture of the day. Team basketball at it’s finest!

We’ve seen plenty of super blocks and deflections in this 3x3 U18 World Cup so far, but today’s effort by Luismal Ferreiras Brito could well top them all as he leaped into orbit to spike a Lithuania finish at the basket and give his side a lifeline, which they would eventually take to win a crucial fixture and book a quarter-final place.