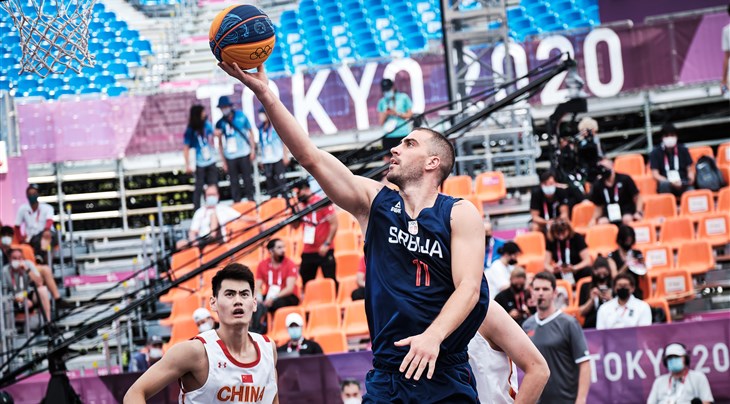 TOKYO (Japan) - Dusan Bulut started his Olympics campaign with trademark flair and class to lead No.1 seed Serbia to a 22-13 victory over China in the opening day of the men's 3x3 competition.

The man also known as 'Mr Bullutproof' put on a show with a game-high 11 points to confirm why he is rated 3x3's best.

Serbia shrugged off concerns of rust as they improved as the game wore on in their first hit-out since 2019.

China come out to play

The youthful China wanted to land an early blow and their star Yan Peng - playing against a couple of his former Liman teammates - hit a two-piece in a tight start before Serbia gained control.

You knew Bulut would put on a show and he melted social media for the first time in the Olympics with a spectacular steal followed by a behind the back dime to Dejan Majstorovic.

Of course it was Dusan Bulut. He attacked the rim aggressively and could not be stopped as Serbia pulled away late to record an impressive victory.

There was concern after he appeared to roll an ankle after hitting a two-piece but Bulut came back and called game with a step back two to end China's resistance.

All eight teams compete in the same pool at the 3x3 Olympic tournament. This means that for both teams, it was just the first of seven pool games.