Debrecen heroes back to represent Belgium at 3x3 Olympic event 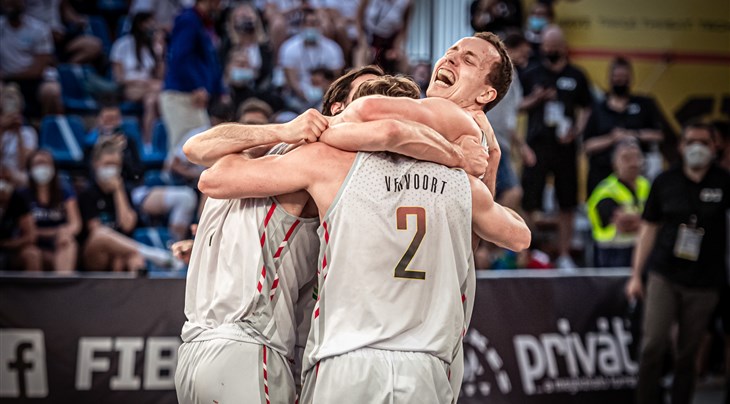 BRUSSELS (Belgium) - The four players who won the last ticket to the Tokyo Olympics will fly to Japan for 3x3’s Olympic debut on July 24-28, 2021.

The country had not competed in basketball at the Olympics since 1952 and all of a sudden in Tokyo, it will compete not only in the men’s 3x3 event but also in the women’s basketball tournament.

The Belgian team has been very impressive in 2021. Except for a 1-point loss against Lithuania, they were 7-0 at the two Olympic Qualifiers, earned their ticket to the FIBA 3x3 Europe Cup 2021 and collected paychecks on the professional circuit.

After three Challengers (the qualifiers to the World Tour) this season, the team known as Antwerp on the pro circuit, have won two (Lipik and Poitiers) and reached the semi-finals of the latest one in Cergy-Pontoise on July 10-11.