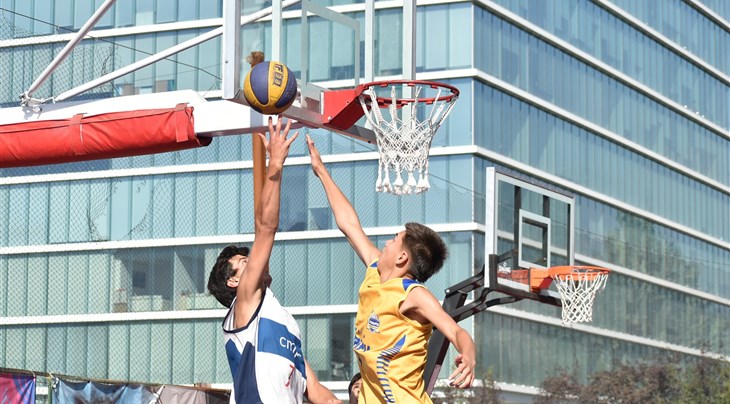 MIAMI (United States) - In December 2019, the Chilean Basketball Federation (Febachile) created the 3x3 National Coordination and after just one year and a half of structured work, Chile are now the top-ranked country in the FIBA 3x3 U18 Federation Rankings for both men’s and women’s teams.

This is an unprecedented achievement for the South American country, which now sees 3x3 as a great opportunity for growth and the possibility of participating in large regional and global events.

"Since the creation of the 3x3 National Coordination, led by René Navarrete Godoy, we have been eligible for FIBA 3x3 international competitions," Febachile president Iran Arcos said. “From then on, we set out to make 3x3 one of our development goals. In the summer of 2020, together with the National Sports Institute and the Ministry of Sports, we carried out our first 3x3 Summer Tour, which allowed us to start spreading the discipline in various age groups and in different cities throughout the country." After that first tour, the pandemic got in the way but after FIBA suggested the return to sports practice following biosafety protocols - 3x3 was once again a priority because it is mainly played outdoors.

"Once again working jointly with the Ministry of Sports and the National Sports Institute - the Febachile 3x3 Development Project held official 3x3 events during the pandemic with all the security measures that the Government proposed. They were held in different parts of the country (those with the best sanitary conditions) and in open-air venues without spectators and with controlled capacity for players, staffs and those working the events. Then, at the end of 2020 with the arrival of summer, fortunately the cases of COVID-19 began to decrease in Chile which allowed us to develop almost 30 events nationwide in the U18 category."

All the competitions organized between December 2019 and February 2021, positioned Chile in the top 10 in the world in 3x3 in U18 for both women and men. However, the final climb to the top of the rankings was achieved with other tournaments that took place last May, in the city of Puerto Varas.

"Those events were so important. What makes us most happy, in addition to the sports results, is that at the health level and thanks to all the security measures that we put into place throughout this process, we did not have any positive cases of COVID-19."

Now that Chile has reached the top of the world's U18 rankings, the goal is to stay there as long as they can to have the possibility of participating in the main events. The challenge is not easy, but according to Arcos, they are willing to face it.

"Our first challenge will be to try to stay in the top places in the world rankings in the U18 category, at least during 2021 since that will allow us to qualify for the 3x3 World Cups next year. If we succeed, we will try to develop the same number of events again for next year and start generating similar activities in U23. Going to a World Cup would be a great success considering it is our first year of work in 3x3. We also hope to have chances of qualifying for the Pan American Youth Games in Cali, Colombia and directly in both women’s and men’s teams for the first edition of the FIBA 3x3 AmeriCup, which will take place in Miami at the end of the year."