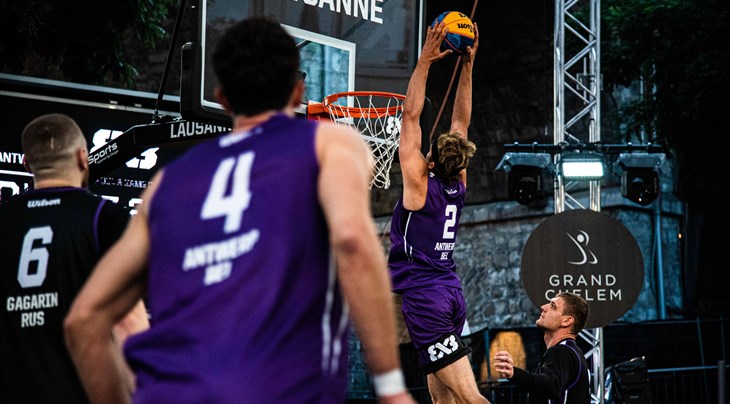 After winning both the Lipik and Potiers Challengers earlier this year, Antwerp (BEL) proved why they are on everyone's lips after finishing undefeated in pool play.

Will they be able to win their first-ever World Tour Masters in Lausanne?

San Juan (PUR) came back from a 5-point deficit with 25 seconds to the end of the game to score back to back Tissot buzzer beaters and advance to the quarter-finals, knocking out Los Angeles Masters 2019 winners Princeton of the competition

😱Ángel Matías with back to back @TISSOT buzzer beaters to advance to the quarter-finals😱#3x3WT #3x3WTLausanne pic.twitter.com/BjJgHxTpzb

Kostja Mushidi (Aachen) had the highest player value of all players (22.2) and had 9 highlights

Dominique Jones (NY Harlem) was dancing on the Enlio court as he had 9 highlights.

Watch the knock-out games of the 3x3 World Tour Lausanne Masters on youtube.com/FIBA3x3 and twitch.com/FIBA