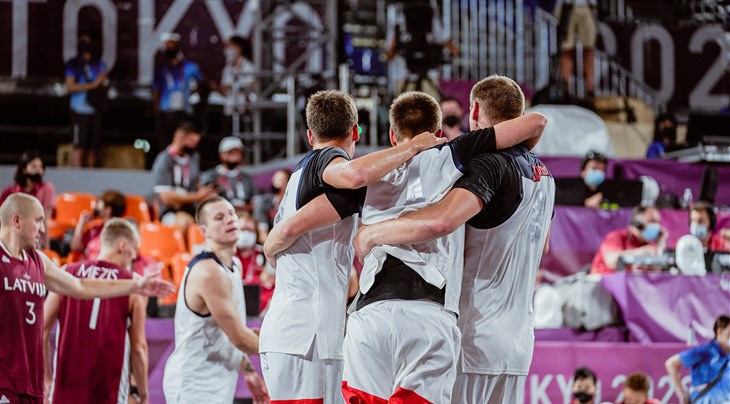 MOSCOW (Russia) - We knew that people around the world would fall in love with 3x3 during the Olympics games, but no country proved that more than Russia.

The Russian Olympic Committee sent both their men's and women's teams to the Tokyo 2020 Olympics with hopes of bringing home the first-ever medal in the format.

Both the men and the women made dream runs through the pool stage and into the bracket, each advancing to the finals.

With the eyes of the nation upon them, the men's gold-medal game vs. Latvia would be the most viewed event on Match TV, the Russian sports broadcaster and Olympic rights holder.

Tina Kandelaki, the producer for the channel broke down the numbers.

"More than 28.6 million people watched the Olympic Games on Match TV, and the total broadcast duration was 269 hours.”

She continued, "the most popular sports are 3x3 basketball, volleyball, athletics, artistic gymnastics, and judo... The highest-rated event was the final match of the ROC's men's national basketball 3x3 team against Latvia, collecting a 17% share."

This means that 17% of the Russian residents watching TV at that moment were watching Alexander Zuev and Karlis Lasmanis trade baskets in the Olympic final.

Quite an achievement for 3x3 on its Olympic debut.