The new Serbian 3x3 Academy is a wealth of knowledge 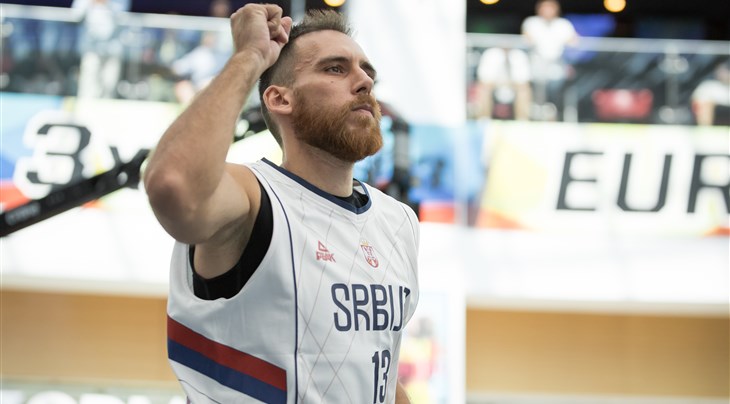 NOVI SAD (Serbia) - Through some of 3x3's best ever players and teams, mighty Serbia has set the standard over the last decade and left baffled rivals in their wake.

Through household teams Novi Sad and Liman, along with a big pile of international medals, Serbia has been the measuring stick but it's not just merely about monopolizing the game.

Armed with so much talent and resources, Serbian 3x3 legends have bandied together to impart their expertise not just locally but internationally too.

The new Serbian 3x3 Academy based in Novi Sad is believed to be the first specialized 3x3 academy worldwide and will be under the direction of several high-profile Serbians, including respected coach Danilo Lukic and 3-time FIBA 3x3 world champ Marko Zdero.

It has been in the works for some time with the group keen on sharing the knowledge they've built through so much success in the Serbian 3x3 system.

"In our case, we created the academy for higher learning, analyzing, researching and coaching in 3x3," Lukic said.

The privately run academy is already working with world No.2 Novi Sad and also professional 3x3 players in Japan. The brains trust behind the initiative aren't just intent on strengthening Serbia's system and stretching their dominance - it's about helping grow 3x3 worldwide ensuring a healthy competitive balance for the fast emerging game.

"We want to educate players through camps, individual practice, team practice in their country and for participants to come to Serbia to play in the best 3x3 country in the world,” said Lukic who is popularly known as 'Coach Datcha'.

Lukic is a famed 3x3 tactician and motivator in Serbia. He was a key contributor to the "Physical Preparation of Professional 3x3 Athletes", an innovative publication produced by FIBA to help 3x3 players (and their coaches) to prepare for the specificities of the 3x3 game.

Lukic is especially passionate about coaching, which will be a key aspect of the academy. Coaches in 3x3 are less visible than in basketball but their importance is undeniable and magnified with 3x3 tactics becoming much more comprehensive and complex as the game evolves.

The Serbian mastermind preaches his philosophy: 'Players create coaches, coaches create players'. And Lukic knows better than anyone the importance of coaches for all players, especially those in their formative years, underlining the value of the academy.

"Coaches will be educated through coaching clinics in Serbia or other countries," he said. "We will share our experience and knowledge, and also host coaches all around the world to participate in our camps."

Through Serbia's blueprint of success - and the determination and generosity of several of their biggest names -3x3 is set to be the beneficiary worldwide.