The man behind the first 3x3 leagues in Africa 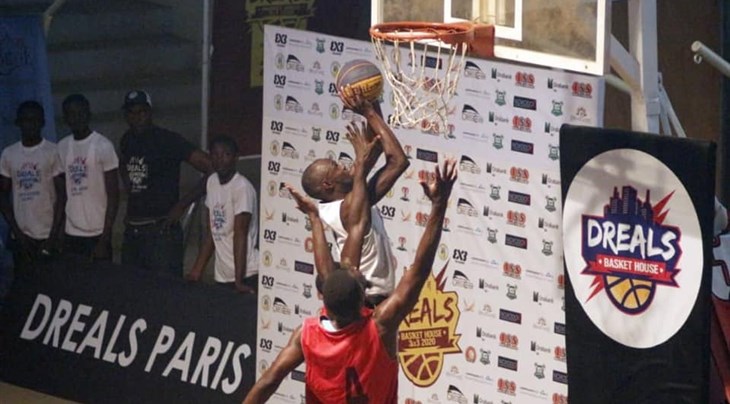 PARIS (France) - French-Togolese organizer Jean-Marc Aloumon is at the forefront of developing 3x3 basketball leagues across Africa with the goal of having an African nation represent their country in 3x3 at the 2024 Paris Olympics. Aloumon began his career in basketball, trying to break onto the scene and play at the highest level he could. He was finishing his studies and playing semi-professional in France when he was first introduced to 3x3.

His first time watching the sport was when one of his university teammates in France was playing 3x3 and asked him to join him for a trip to the World Tour Final in Beijing in 2017. His second was at a Challenger event in Penang, Malaysia. When he saw the format and the excitement, he knew he had to bring it home.

"Wow I need to do something like this in my home country," he said, with thoughts of tournaments and clinics in his home country of Togo.

So, in 2017, he founded Dreals Paris, an event and sports marketing company that puts on competitions around the world.

The organization began organizing a dozen different sporting events in 2017, but in 2018, with the emergence of the Super League 3x3 in France, Aloumon wanted to get in on the action.

"It was great to have structure and a league like that. Our federation president had the idea to improve 3x3 basketball in France, so I contacted them and they helped us and taught us how to organize."

Once he became established in France, his next big move was to Africa. As a dual national, he felt that it was an opportunity to expand the game and make a difference in many people’s lives.

He believed the most important thing was to create a structure and an organization in which teams could earn experience and create a pathway.

"At first it was hard because people didn’t really know much about 3x3. But we were able to put on a great event, and after it happened, everyone was really excited. It was a great tournament."

But, the tournaments themselves are not just about the games. With all 3x3 events, it is about culture, fun, and entertainment.

"It’s nice to make a tournament, but how can we help people? How can we give a chance to everyone? Our mission is part of a social dynamic. We want to show people how to host their own event and provide camps to people of all ages."

It’s no mistake that the organization is named Dreals basket house.

“We have an activity for everybody. In a house you have a mother, father, children, and friends so we wanted to make it so that we had something that everyone can do. We try to reach every age group and skill level, and we even have events for people who don’t know much about basketball." Physical fitness is one of the overall goals of the organization and creating social structure. Through these events, people are exposed to arts, culture, and sport, areas they may not have otherwise engaged with.

Aloumon is also dedicated to equality through sport. “Every tournament we make, we have women programs. Every tournament is for women and men. For us, it’s our goal to have equality.”

Of course, 3x3, like in many countries, is a game that can be played anywhere, with limited resources. This was very attractive to Aloumon who is trying to bring the game to as many people as possible.

“We don’t need a lot of infrastructures. We just need a playground, one basket, and one ball. It’s very well adapted for African conditions. We don’t have the opportunities (for now) to build a big gymnasium. We have a lot of players now. We just need to give them a competition. 3x3 is a great opportunity because it can be played anywhere.” Throughout the continent, federations are coming together, with the help of Aloumon, to make tournaments that can take place over the course of the year, instead of the usual, seasonal nature of basketball.

With a strong will and growing experience in hosting events and helping others, 3x3 is set to take the next step in Africa with Olympic dreams on their mind.