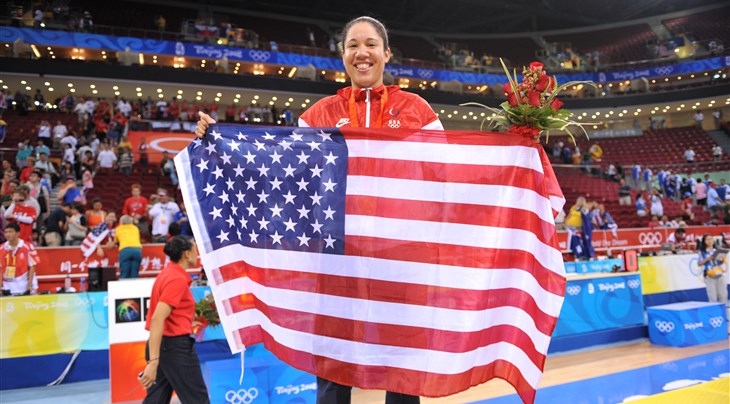 BOSTON (USA) – Famed mastermind Kara Lawson is relishing devising tactics and schemes as she continues to learn the intricacies of 3x3.

The USA 3x3 women's head coach has been lauded for her tactical nous and gained mainstream attention since joining the coaching staff of the Boston Celtics, where she assists Brad Stevens – one of the most respected NBA coaches.

Happy Birthday to the one and only Marcus Smart!! Enjoy your special day! All ❤️my guy!

Lawson has led the USA to gold at U18 3x3 World Cup level but similar success has avoided the senior women's team in recent years.

The former popular ESPN analyst understands the pressure associated with coaching the basketball powerhouse and strives to understand the components needed to build an ideal 3x3 team.

"What we're really looking for is chemistry," Lawson says. "Not just someone we throw the ball to and they score. We want to play the team aspect of basketball and be able to defend together.

"We want good team spirit when we're off the court," she added. "We want a team that can play well defensively - that might be the most important."

Lawson says the goal for her team is to play the "beautiful game" on offense.
"Offensively we want people who can play off each other," she says. "We like players who can play one-on-one but we don't want that to be everything on offense. We want a lot of mixture - passing, screening, cutting."

Having been around the best in the business, Lawson believes she can pinpoint what makes a successful 3x3 player.

"The perfect 3x3 player is one who is competitive, intelligent and who does have a certain level of versatility," she says. "One of the things you can't measure - the heart, the effort, the resiliency, the ability to keep playing when you're tired. That's what we try to emphasize."

The Olympic dream has been postponed until next year due to the coronavirus pandemic, but the historic moment for 3x3 will eventually arrive and dazzle fans worldwide.

"If you are a basketball fan, you will love 3x3 in the Olympics," Lawson says. "It's a different style of basketball. It's outdoors, it's great for fans and spectators because it is like a party in the stands. It's a lot of fun."

Being an Olympic gold medalist has been life-changing for Lawson. In a career highlight, the former WNBA star won gold at the Beijing Olympics after scoring a team-high 15 points in the USA's victory over Australia.

"Being able to compete with great players and win an Olympic gold medal is a wonderful career accomplishment that my family and I are very proud of," she says. "It's very special to represent the US in basketball because how hard it is.

"We have a lot of good players in the United States," she adds. "It’s not easy to make it to the national team."

In the meantime, even though the sports world is sadly shut down, you can bet Lawson is meticulously honing her team's game plan. "My transition to 3x3 coaching – it is still happening," she says. "I don't think I'm all the way there yet.

"My focus as a coach is making sure the players get better."