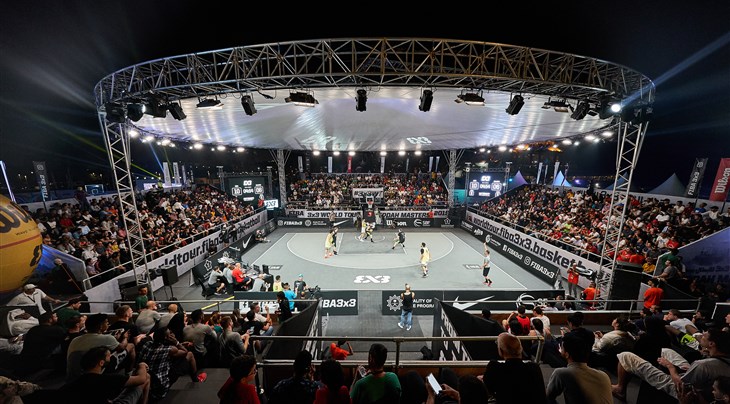 BUCHAREST (Romania) – 3x3 is in the DNA of Sport Arena and it's an association the Romanian sports company remains immensely proud of.

Sport Arena started organizing 3x3 events back in 2005 well before FIBA formally adopted universal rules for 3x3 ahead of its first real official international showcase at the 2010 Youth Olympic Games.

"We didn’t have any idea about 3x3 as it is now known," Sport Arena managing partner Vlad Constantinescu says. “We were playing a lot of 'streetball' in different versions, one-on-one, three-on-three, five-on-five. We started our company in 2004, focusing on building sport facilities.

"One idea sparked our minds. Let's promote this brand new facility organizing three-on-three events. So, in 2005, our first event took place with 32 teams and most of the players were our friends."

Once the FIBA 3x3 World Tour started, Sport Arena emerged as a natural fit and are the only organizers to have done Challenger and Quest events.

Sport Arena's involvement has been exhaustive, including co-organizing World Tour events in offbeat locations like Abu Dhabi and Jeddah, youth World Cups and Europe Cups. The adventures have created several lifelong memories for the staff.

"I will never forget the night we installed the courts for our first ever event in Dubai," Constantinescu says. “We were in a tent and the air conditioning was not working overnight. We were literally fountains, drinking tons of water and sweating it out at the same time.

"Some memories from Abu Dhabi include being stuck in a two wheel drive car in the sand and installing the courts watched by camels only to have the event canceled by a sand storm."

The biggest event Sport Arena has organized, however, remains in Bucharest seven years ago, which was a showcase for the IOC and an early stepping stone for 3x3's eventual Olympics status.

“The pressure was high. All the world basketball leaders were there, members of the IOC, basketball legends like Vlade Divac, Jorge Garbajosa and Sarunas Marciulionis, and we had to manage 311 teams on eight courts,” Constantinescu says.

"There were a lot of sleepless nights and really long days but we enjoy this kind of challenges."

After all these years, Sport Arena's 3x3 passion has not wavered. "3x3 is part of our lives for the last 15 years, part of our DNA and will stay forever. Nothing can change this," Constantinescu says.

"We hope that our passion for this discipline touched and influenced a lot of people and entities."