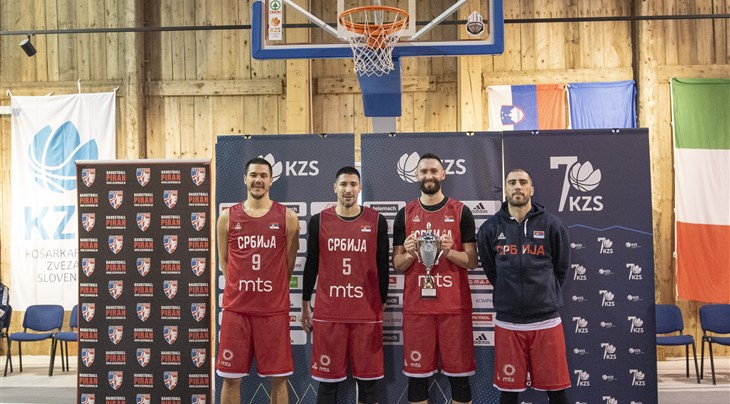 Al they do is win, win, win. Serbia dominated the 2nd friendly tournament of the season, this time going undefeated with 4 wins before the limit. The new Serbian roster - with 2 players from Team Novi Sad (Dusan Bulut and Dejan Majstorovic) and 2 from Team Liman (Aleksandar Ratkov and Mihailo Vasic) - had already won a men's international tournament a week ago on their home soil.

Sharpshooter Steve Sir was a man possessed in Slovenia. He topped all scorers in Portoroz with 36 points, including a big 2 to end the game and silence the Slovenian crowd in the semi-finals.

Serbia are already qualified for the Tokyo 2020 Olympics based on the Federation Ranking back in November 1.

The other 5 will all compete at the FIBA 3x3 Olympic Qualifying Tournament in Bengaluru, India on March 18-22 so they used the event to try new things on their rosters. Slovenia, for example, mixed two players from Piran (Ovnik and Kavgic) and Kranj (Julevic and Jersen). Similarly, former Asia Cup winners Mongolia made one roster change in this tournament.

Only 3 teams will earn a ticket to the Tokyo 2020 Olympics in India.