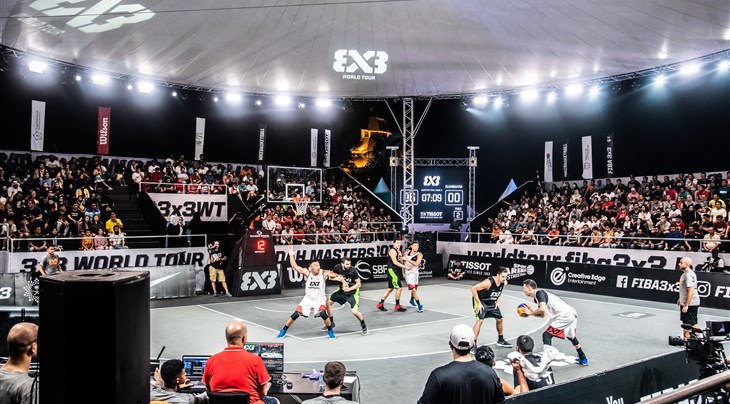 3x3's mission has been to spread the 21-point game to new frontiers all over the world encapsulated by the World Tour venturing through Europe, Asia, the Gulf region and the Americas. Last October it was Saudi Arabia's second biggest city's opportunity to host a showpiece tournament.

Riga Ghetto claimed a thrilling final victory over rival Liman in one of the best games of 2019 to cap a mesmerizing event highlighted by passionate fandom from local fans. The scenery - games were played alongside breathtaking sea views - ensured Jeddah has quickly become a new hot spot on the World Tour.

"Fans filled all seats which was enough for 1200 spectators per session, while there were over 3000 people in the fan village enjoying the entertainment resources we had provided," Saudi Basketball Federation (SBF) Board member and Jeddah Masters LOC member Ghassan Tashkandi said.

"We were extremely happy with the positive comments we received from local authorities, fans and participants.

"Fans were very pleased with the games, entertainment and the overall atmosphere," Tashkandi added. "The local authorities gave us the full support to make it a memorable event, in which the end product was even better than what we had planned."

It culminated a long 3x3 journey for Tashkandi, who first played 3x3 in 2007. "The Ministry of Sport, with the support of the Saudi Government started to host multiple sports events in the country as part of our 2030 vision to increase awareness of sports as well as to make the Kingdom an attraction in sport tourism," he said.

"We joined the (2019) World Tour Masters list quite late. We worked really hard afterwards to achieve what we were planning for and received loads of praise.

"My favorite memory is when Prince Abdulaziz Bin Turki, the Minister Of Sport, decided to surprise us all and came to the arena in the middle of day 1 in an unplanned visit. He was very pleased with the final outcome, which was an amazing moment to all of the LOC team."

After such an initial triumph, Saudi Arabia was set to host another Jeddah Masters later this year followed by the crown jewel of the World Tour – the Final in capital city Riyadh.

Unfortunately, due to the Covid-19 pandemic, there is uncertainty over this year's calendar but whenever normality resumes Saudi Arabia will continue its 3x3 success story.

"We are planning to host more and more events in the country, for both amateurs and professionals," Tashkandi said. "We are involving all the official basketball teams in the Kingdom to play in a 3x3 quest with prize money exceeding one million dollars.

"We are also planning to host multiple satellite events in historical and touristic locations to promote those sites. We still have a lot in mind for 3x3!"