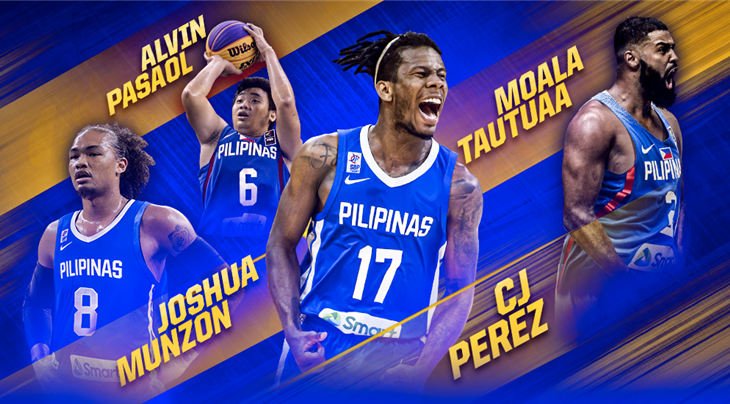 MANILA (Philippines) - The Philippines are not holding anything back as they prepare for the 2020 FIBA 3x3 Olympic Qualifying Tournament in Bengaluru, India.

The Samahang Basketbol ng Pilipinas (SBP) has named four players - two of the top 3x3 players in the country and two from the Philippine Basketball Association (PBA) - to be part of the Philippines' 3x3 national team that will compete in Bengaluru from March 18-22.

To nobody's surprise, the top-ranked 3x3 player in the Philippines, Joshua Munzon, made the cut along with another vaunted 3x3 player, Alvin Pasaol.

Also joining them are PBA stars Jaymar Perez and Moala Tautua, both of whom won gold medals in last year's Southeast Asian Games for the Men's 3x3 event. Tautuaa was the number one overall pick in the PBA Draft five years ago, while Perez saw action for the Philippines at last year's FIBA Basketball World Cup in China.

As of now, their training is being overseen by Serbian 3x3 star Stefan Stojacic.

Pasaol and Munzon got heavy reinforcements to help bring the Philippines to #Tokyo2020 » https://t.co/6YtHSByQwF

To show that indeed they are not scrimping on the team's preparations, the SBP are also tapping a few more Serbian players to work out with the Filipinos in a bid to get them even more acclimatized to the style of play they should expect at the FIBA 3x3 Olympic Qualifying Tournament.

In Bengaluru, the Philippines have been drawn into the same group as Qatar and the Dominican Republic in addition to Slovenia and France, both of which are among the top ten 3x3 teams in the world. Only the top three teams will qualify to the Tokyo 2020 Olympics from the FIBA 3x3 Olympic Qualifying Tournament.