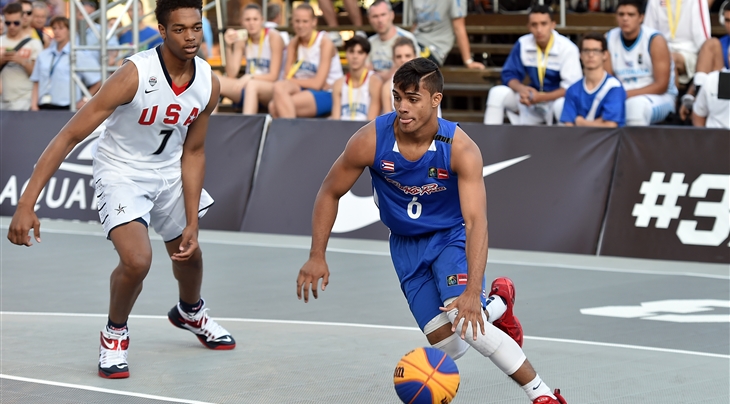 DEBRECEN (Hungary) - Puerto Rico's Luis Gonzalez's historic heat check at the FIBA 3x3 U18 World Cup 2015 took mythical status for it was never filmed. But we got this sorted: here's an oral history.

The world's best rising stars showed up to Debrecen back in 2015 for the FIBA 3x3 U18 World Cup. Some of them play in the NBA (Zach Collins, PJ Washington) or in the WNBA now (Kristine Anigwe, Arike Ogunbowale).

The Puerto Rican team, coached by Alex Rivera, came into the event as the 20th ranked squad. After losing their first two games against the United States and (eventual finalists) Argentina, respectively, the team came up against Georgia.

What took place next is the stuff of legend. Luis Gonzalez put up a 20-point effort, the best in the history of the first-to-21-game. There is no video of the game and simply stories to fill in the memory gaps.

This is the oral history of the event, the game, and the moment as told by the people who were there and their perspective on what might have been one of the greatest 3x3 performances we have (n)ever seen.

Joined for comments 5 years later, the Georgian players and coaching staff were skeptical of what the stat sheet said. Foggy memory or urban legend? Gonzalez also scored all of team's points at the same event versus USA and did have a 12-point explosion against Uruguay at the Youth Olympic Games the year before. These doubts only give an even more mythical dimension to the story of the biggest heatcheck in 3x3 history.