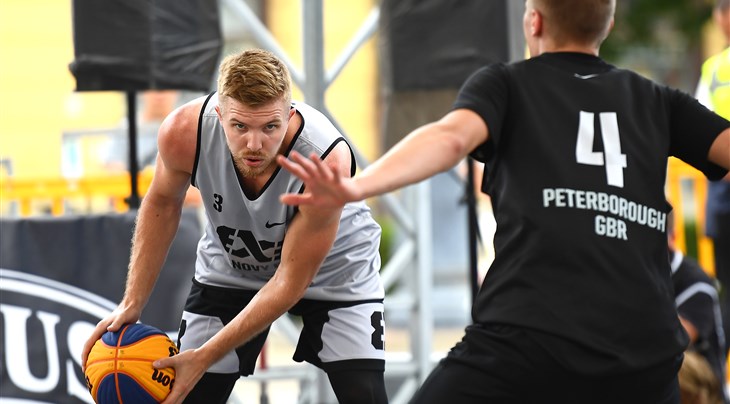 SAINT PETERSBURG (Russia) – This weekend marks the return of the FIBA 3x3 World Tour in Debrecen, a familiar stop for many players, including Russian 3x3 star Vladislav Meleshkin, who competed in Debrecen last year.

Reflecting back on the 2019 event, Meleshkin was appreciative of his time but recognized that his team was not in the best shape to succeed.

"It was a great experience. I was a little nervous to play. We were not in great shape because we had to fly from the Russia Cup straight to Debrecen for the event."

After winning their first game of the qualifying draw, they lost their second and did not advance further. This year, with a new team and plenty of time to rest, he is ready to leave his mark on the World Tour.

Like many of his fellow ballplayers, Meleshkin has been getting back into shape for the return of 3x3.

"Over the past couple of months, I have been training a lot and getting ready. We have been scrimmaging against a lot of teams and are doing everything we need to do to be in our best shape."

This year, he is set to join Team Moscow Inanomo, ready to go up against some of the best squads in the world.

"Last year I played for Sosnovy Bor (on the World Tour) and we didn’t do great. We didn’t have the resources to compete at the highest level. I decided to go to Moscow because they have a greater chance to play at a high level. It’s more comfortable for me to play in this situation."

Meleshkin was given the chance to play for Moscow in 2019 but turned them down at the time. After Sosnovy Bor’s 5th place finish at the Edmonton Challenger 2019, he called the Moscow coach and was ready to make the change.

Since joining them, he has already experienced success, earning three top-3 finishes, including winning Stop-2 at the United League Europe earlier this year. At the Europe Masters, he will be paired with Alexandr Pavlov, who won gold at the European Games 2015 and bronze at the World Cup 2014 for Russia.

With this new team also comes a new playing style. Meleshkin is used to playing with the ball in his hands, a role he will have to adapt to Team Moscow.

"Most people know me as a great shooter. I can shoot it from difficult positions all over the court. Now with Moscow, I am training more to work on my defense and team plays. I think I am now good at more things on the court."

With the World Tour 2020 on the horizon, Meleshkin feels the same nervous energy that he felt last year but is gracious to be back on the court.

"I am excited we can play this year, because of the situation. We didn’t know if we were going to be able to play. It’s good news we can play at the Masters. I am a little bit nervous because I am new to this team but if we prepare, we will be in good shape and we’ll play good basketball."

Meleshkin and Team Moscow Inanomo will start from the qualifying draw in Debrecen at the Europe Masters (September 4-5) and will have to deal with Sakiai Gulbele (LTU) and Paris (FRA) to sneak in to the main draw.