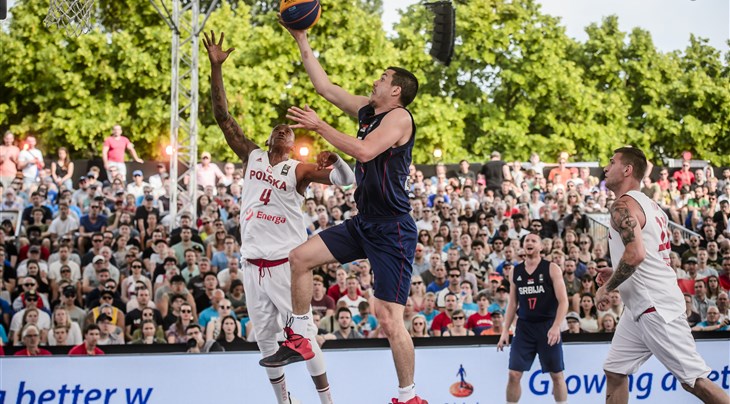 The Olympic preparation started with a familiar ending with the W for 3x3 powerhouse Serbia. What looked less familiar was the roster. With Marko Savic out with a calf injury, Serbia mixed 2 players from Novi Sad and 2 from Liman. Dusan Bulut and Dejan Majstorovic combined with Aleksandar Ratkov and Mihailo Vasic to go 3-1 in Subotica, one of the northernmost cities in Serbia.

Serbia did lose their second pool game against Slovenia (18-21) after beating Mongolia in the opener (21-15). They bounced back in the knock-out rounds with victories over the Netherlands (21-17) and Croatia in the final (21-16).
Slovenia finished 3rd after beating the Netherlands 21-17 in the bronze-medal game. Russia and Mongolia ranked 5th and 6th respectively.

Like Serbia, the other teams experimented a bit with their roster. The Netherlands introduced World Tour player Kasper Averink and newcomer Arvin Slagter. Besides being Zoe’s big brother (Zoe Slagter is a youth 3x3 star in the women's category), Slagter is a former Dutch basketball league MVP and represented the country at the Eurobasket 2015. Mongolia featured 3x3 rising star Anand Ariunbold, who memorably hit 3 Tissot buzzer beaters on the same day at the FIBA 3x3 U23 World Cup 2019.

Serbia and Russia already qualified for the Tokyo 2020 Olympics based on the Federation Ranking back in November 1.

The other 4 will all compete at the FIBA 3x3 Olympic Qualifying Tournament in Bengaluru, India on March 18-22. Croatia and the Netherlands will both play in Pool D. Only 3 teams will earn a ticket to the Tokyo 2020 Olympics in India.