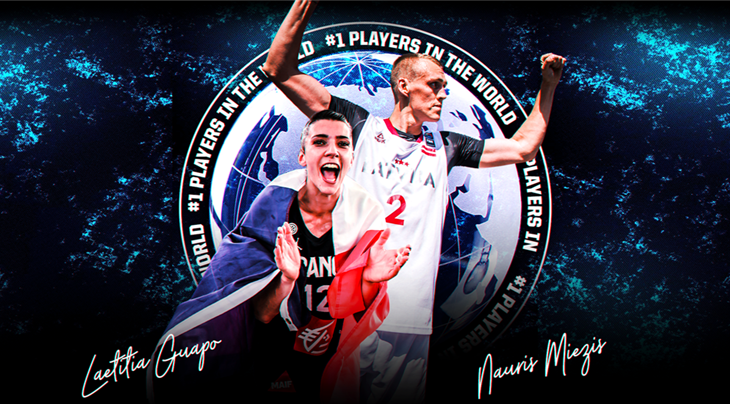 MIES (Switzerland) - FIBA launches today a revamped version of the individual ranking for 3x3, which reflects the professionalization of the discipline and a new Olympic cycle. France's Laetitia Guapo and Nauris Miezis of Latvia continue to top the women's and men's rankings respectively.

But first, a little bit of history: the revolutionary individual ranking for a team discipline was launched in 2011. It brings together in one single ranking all players irrespectively of proficiency and age. Any player participating in a FIBA-endorsed 3x3 event (using the official FIBA 3x3 rules and the free software EventMaker to organize and manage the event) is awarded ranking points allowing to rank all players starting with the professionals to the amateurs playing in local events.

In the last few years, the number of professional athletes dedicated to 3x3 has boomed. The professionalization of the game is now reflected in the valuation of the top-ranked events like the FIBA 3x3 World Tour, the FIBA 3x3 Women’s Series and the national team competitions, which will now award more ranking points in comparison to the grassroots events.

Hold on: the relative value of the top events has increased and yet all players seem to have lost ranking points?!?

The number of individual points had inflated lately with no less than 34 players listed with more than 1,000,000 points. In order to bring the ranking totals to a more reasonable mark, the number of ranking points awarded for each performance has decreased.

- the addition of an 11th color (pink) to bring more granularity in the ranking
- the increased valuation of the shooting value (points scored x (points scored/number of shots attempted)) to better reward the players who actually make an impact on the scoreboard, and do it in an efficient way.
- the age limit to gain the full amount of ranking points in grassroots events is moved up from 35 to 40 to reflect the increased longevity of all athletes (in any sports). For the benefit of doubt, all players are awarded the same amount of ranking points regardless of their age in professional and high-level events.

The individual ranking points will continue being the basis for the team rankings and federation rankings. More information on FIBA3x3.basketball.