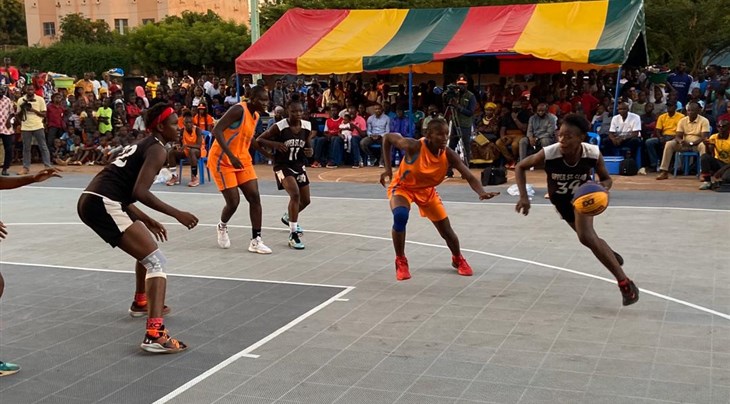 BAMAKO (Mali) - Mali in recent years has garnered a reputation for being a continental giant in the sport courtesy of victories in youth tournaments.

The country's U16 women's team has won all six FIBA African championships in that category while Mali's U19 men's squad became the lone African team to sail play in the final of FIBA U19 Basketball World Cup.

But did you know their success also translated to 3x3?

After the country won the first two FIBA 3x3 Africa Cups in the women's category (2017 and 2018) and earned a medal in all 4 categories of last year's edition (gold in U18 women, silver in U18 men and women, bronze in men), the Malian Basketball Federation has been staging several exciting 3x3 tournaments with the most recent being a three-day competition dubbed "Harouna Maiga Cup".

"THE GOAL OF THE TOURNAMENT WAS TO ENLIGHTEN BASKETBALL DIEHARDS ON THE 3x3 BASKETBALL."- Ibrahim Cisse

The bonanza staged in Bamako drew scores of excited fans who are keen on discovering the discipline.

"The goal of the tournament was to enlighten basketball diehards on the 3x3 basketball," Ibrahim Cisse, a member of Mali's 3x3 Basketball Commission told FIBA.basketball detailing, "For two years now, the Mali Basketball Federation set up a 3x3 Commission to develop the sport.

"The goal was to organize many tournaments in key areas."

"Fortunately for us, activities are restarting after the COVID-19 pandemic and we are trying to organize more tournaments." "Malians love basketball and now in Bamako there are about 50 clubs so it's easy to get people interested in 3x3 basketball."

"We realized that many people are attracted to the discipline of love because it can be played in a restricted space and with lesser resources."

The 14 team tournament won by CHB in the women's category and AS Commune 5 in the men's category drew the admiration of several basketball officials with Ibrahim Cisse hopeful that it could be the start of greater things to come.

"We have some very talented and hardworking young players in Mali who now find this game very passionate," he said.

" With 3x3, it's more physical and fortunately for us we have some very strong players who have shown glimpses of magic on the 3x3 basketball court."

"This is a very good thing and we want to prepare our teams and future generations for international competitions."

For lovers of the sport, the immediate goal for the Mali Basketball Federation should be structuring the game and erecting the facilities needed for it to thrive.

"The national senior championships in Mali resumed but the youth leagues are inactive and 3x3 offers a great opportunity for teenagers to stay active," he said.

"We are trophy holders in other categories and the goal for us is to make 3x3 basketball as popular as regular basketball."